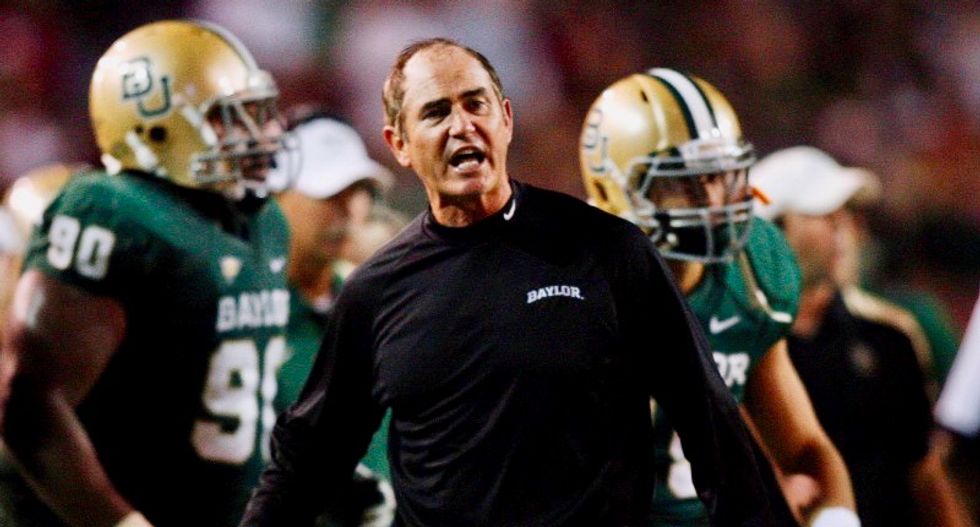 Baylor University has reached a settlement with a former student who said she was a victim of gang rape by football players at the world's largest Baptist university, the school and a lawyer for the woman said on Tuesday.

Terms of the deal were not released, but the lawsuit against the school in the central Texas city of Waco is one in a series of civil suits, indictments and criminal convictions for sexual assaults over the past few years at Baylor.

The plaintiff, referred to as "Elizabeth Doe," alleged in the lawsuit filed in January at a federal court in Waco that she was raped in April 2013 by two football players after going to an off-campus party that football players attended.

Baylor asked the judge to throw out the case, saying the student did not properly report the alleged sexual assault to authorities in a timely manner and "as a general rule, universities do not have a legal duty to protect their students from harm caused by other students," court papers showed.

In her lawsuit, the former student charged Baylor with turning a blind eye to sexual assaults to build a strong football team under then-coach Art Briles. She said she was aware of 52 incidents of rape by more than 30 football players between 2011 and 2014.

"Under Briles, the culture of Baylor football and rape became synonymous," the lawsuit said, adding Baylor was doing nothing to stop it.

Doe quickly reported the incident to Waco Police who did not follow up, and it took prosecutors four years to bring charges against two players, according the recent book "Violated." The two players were charged this year with sexual assault and are awaiting trial.

Baylor said in a statement it has been in conversation with the victim's lawyer for months to reach a settlement.

"The University’s response in no way changes Baylor’s position that any assault involving members of our campus community is reprehensible and inexcusable," it said.

Baylor said it made changes to eliminate "all forms of sexual and gender-based harassment and discrimination."

Starr, the former independent counsel who investigated Bill Clinton during his presidency, has said he was unaware of what was happening at the school but accepted responsibility.