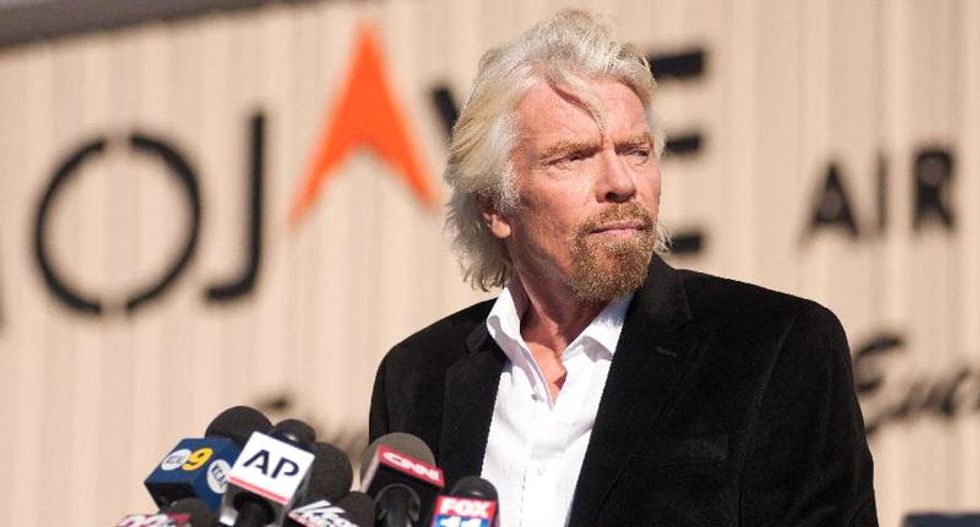 British billionaire Richard Branson has called for a "Marshall plan" to help the Caribbean recover from the devastation wrought by Hurricane Irma, which left tens of thousands homeless and sparked looting on islands left short of food and water.

Irma ripped through the Leeward Islands last week as one of the Atlantic's strongest ever storms, uprooting trees, tearing down power cables and severely damaging the homes of poor locals and the global jet-set alike. Nearly 40 deaths were reported across the Caribbean.

As the storm crashed into Florida at the weekend, looting erupted on some Caribbean islands where residents and tourists were stranded with little food, shelter or drinking water.

Despite sending troops and ships to deliver help, France, Britain and the Netherlands have been criticized for an insufficient response in islands that are their territories.

Branson, who has lived in the British Virgin Islands for the past 11 years, weathered Irma on Necker, his private island. In a blog post on www.virgin.com, he said the region needed a "Disaster Recovery Marshall Plan" to aid in recovery and the long-term revitalization of its economy - a reference to the multibillion-dollar U.S. program that helped rebuild Western European after the devastation of World War Two.

"We must get more help to the islands to rebuild homes and infrastructure and restore power, clean water and food supplies," said Branson, head of the Virgin Group conglomerate.

He said he was writing from Puerto Rico, where had traveled to mobilize aid efforts, and said he would be returning to the Virgin Islands soon for recovery work.

Branson said the British government had a "massive role to play" in rebuilding its territories, including the British Virgin Islands, an offshore financial center.

The premier of the British Virgin Islands, Orlando Smith, also appealed for urgent aid from Britain, saying the situation was critical and calling for a comprehensive package. He said the plan should include the possibility of higher intensity and extreme weather "as the effects of climate change continue to grow".

Britain has defended its effort as "as good as anybody else's".

Dutch King Willem-Alexander was due to visit the Dutch side of Saint Martin on Monday, the palace said in a statement. French President Emmanuel Macron was expected in the Caribbean on Tuesday.

President and CEO of Royal Caribbean Cruises Ltd Michael Bayley said the company was allocating four ships for humanitarian aid and already had carried out some evacuations.

Britain's Labour Party has accused Branson of being a tax exile. In 2013, Branson said he moved to Necker out of his love for the Virgin Islands, not for tax reasons.

Speaking to CNN outside of CPAC, a group of supporters for President Donald Trump disputed his fans' role during the attack on the U.S. Capitol on Jan. 6.

Donie O'Sullivan interviewed one woman who said that she believed that Trump won the 2020 election, but she wanted him to move on from his claims about it because she thought it would turn people off of supporting him.