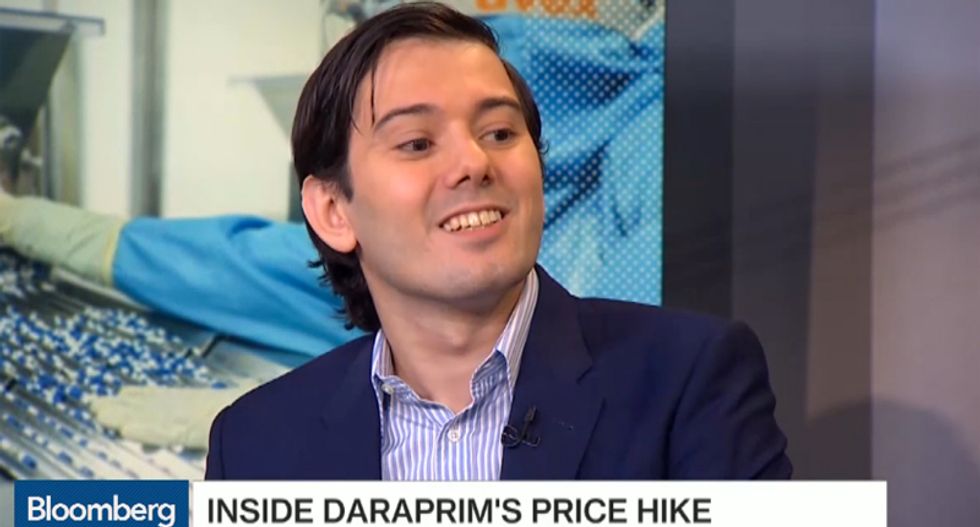 Some jurors in Martin Shkreli's trial think that the so-called "Pharma Bro" would have been convicted on five counts instead of three if the instructions were clarified better.

Speaking to the Daily Beast on condition of anonymity, two jurors revealed that several other jurors wrote "WTF" in the margins next to the language about Count Five, which would have carried a 20-year sentence.

The jurors revealed they felt "disgusted" with Shkreli and are remorseful for the lack of a conviction.

“We didn’t know until the trial was over that counts five and seven were the top counts, carrying the possibility of the most prison time,” Juror A told the Daily Beast.

“It made me ill to be persuaded to vote not guilty on those counts,” echoed Juror B.

“More than persuaded, I felt bullied into the not-guilty vote” on the larger charges, Juror A explained. “After we voted pretty quickly and unanimously to convict Shkreli on Counts Three, Two, and Six, we came to Count Five. Our first vote on this count was 11-1 to convict.”

Juror A said that the other jurors bullied the holdouts into the final verdict because they were all tired of deliberation.

“We didn’t realize it was happening to us until after the verdict was entered. And that’s what has me so upset,” the juror said.

The jury had their convictions on Counts Three and Six after a few days then decided not guilty verdicts on Counts One, Two and Four after three days. But the final one evaded the exhausted jurors. They lacked sleep and were exhausted and ready to go home, so two of the three holdout jurors switched to not guilty on Counts Five and Seven, which were the serious charges that held longer sentences.

The final vote came down to the one holdout, out who had a different interpretation of a clause in a single sentence of the law. That single juror could not see beyond the clause.

“One little sentence in Element Two of Count Five in the judge’s instruction booklet said Shkreli was guilty if his actions ‘was for the purpose of financial loss or property loss,’" according to the jurors. "The holdout juror interpreted that to mean we had to prove that Shkreli’s motive was to cause ‘harm’ to other people. That juror changed the language from ‘loss’ to ‘harm’ and ‘hurt’ and then it was repeated around the room. But that’s not how it reads. It says ‘financial loss or property loss.’”

“We let that deter us from asking her any other questions,” says Juror B. That determined the outcome of the final count and that's why the jurors wanted to speak out.

Juror A confessed that research after the trial made things more clear and that they should have convicted. If ever it was possible to change a verdict, they said it would be on this count. The juror discovered that jurors do have the right to nullify if something doesn't make sense enough to the common person in the judge's instructions or in the law.

"If I had known about jury nullification I would have pushed the jury to nullify that one sentence in the judge’s instructions," Juror A said. The judge never explained it as an option as the days dragged on.

“He got off on those counts on a technicality,” said Juror B. “Not because we thought he was not guilty.”

“A loophole,” says Juror A. “Even that holdout juror agreed that the evidence was clearly there that he was guilty of Counts Five and Seven but argued that we could not prove that Shkreli’s motive was to harm or hurt when it reads ‘to cause financial or property loss.’”

Both jurors confessed they didn't sleep the night before and were exhausted. They knew the holdout refused to budge and was beginning to convince people to vote not guilty. They'd been dealing with the case for six weeks. By 2:30 p.m. on Friday they all voted not guilty because they wanted to go home.

Juror A suggested they wait until Monday to hand over the verdict so that they could reconsider after thought over the weekend. No one wanted to.

“I was feeling ill, dazed," Juror B confessed.

“When we handed in the verdicts I wanted to vomit,” said Juror A. “I was extremely conflicted. I thought I had voted according to the way the law was written. In the courtroom I stared at the floor.”

“I was horrified when I heard Shkreli whoop after he was found not guilty on Count Five and Seven,” said Juror A.

They were sickened by the way Shkreli behaved both in the courtroom and following the verdict. Juror B researched him after the trial and was sicked by who Shkreli was as a person. Juror A was horrified by the behavior after the trial.

The "poetic justice" for the jurors are that he had his bail revoked after encouraging an assault online.

Shkreli proclaimed his innocence and that he was "delighted by the verdict" after it was decided. He called his trial "a witch hunt of epic proportions." He went on to admit, "maybe they found one or two broomsticks, but at the end of the day we’ve been acquitted of the most important charges in this case and I’m delighted to report that.”