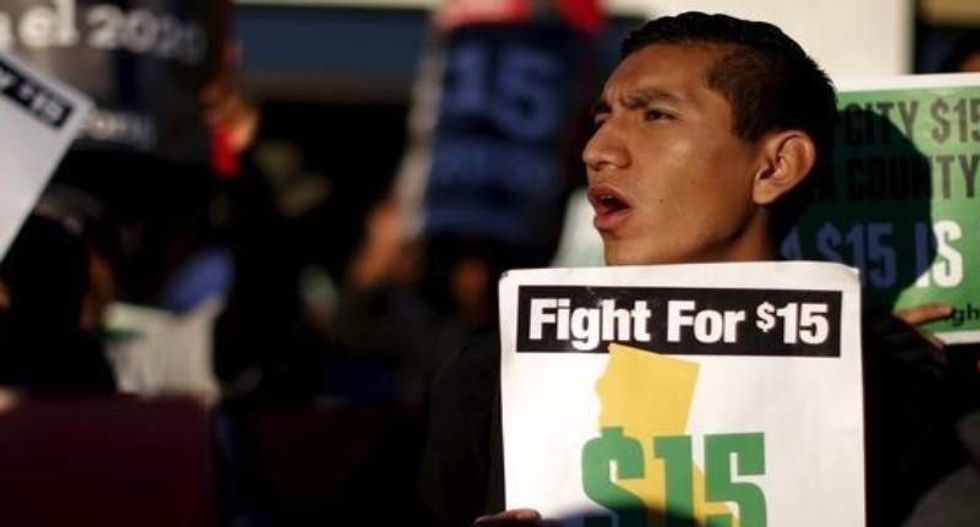 As a new poll shows labor unions enjoy their highest approval rating in over a dozen years, newly obtained documents reveal a nationwide plan by an alliance of right-wing think tanks to “deliver a mortal blow” to government employee unions to keep progressive politicians out of power at the state and national levels.

The State Policy Network (SPN) documents were obtained by the Center for Media and Democracy and first published by The Guardian.

The Center for Media and Democracy describes the SPN, which kicked off its annual meeting in San Antonio, Texas on Tuesday, as “the tip of the spear of far-right, nationally funded policy agenda in the states that undergirds extremists in the Republican Party.”

The 66 think tanks (aka “stink tanks“) that make up the SPN, explains CMD, “operate as the policy, communications, and litigation arm of the American Legislative Exchange Council (ALEC), giving the cookie-cutter ALEC agenda a sheen of academic legitimacy and state-based support.”

Among the documents is a 10-page fundraising letter dated April 22, 2016 and penned by SPN president and CEO Tracie Sharp. It bluntly describes its $8.39 million “Breakthrough 2016” campaign to advance the alliance’s goals to “defund and defang” unions and “clear pathways toward passage of so many other pro-freedom initiatives in the states.”

Among the so-called victories that have put the “wind at our backs,” Sharp writes, are Wisconsin Gov. Scott Walker’s dismantlement of collective bargaining, and so-called right-to-work laws —which weaken worker protections — passed in Indiana, Michigan, Wisconsin and West Virginia. It also boasts of its battles against teachers unions and touts the expansion of charter schools as being aligned with the alliance’s “pro-freedom” goals.

Among the strategies, as noted by The Guardian: “Frame union reform from the point of view of the members and how the reform helps them have a greater voice in their union. Don’t rant against unions. We’ve all been frustrated by the actions of public sector unions to block pro-freedom reforms, but publicly venting these feelings is counterproductive.”

The new reporting comes as a Gallup poll shows that 61 percent of adults say they approve of labor unions — the highest approval rating since 2003 and an increase of five points since last year. Partisan differences are clear: Eighty-one percent of Democrats approve of unions compared to just 42 percent of Republicans, the poll shows.