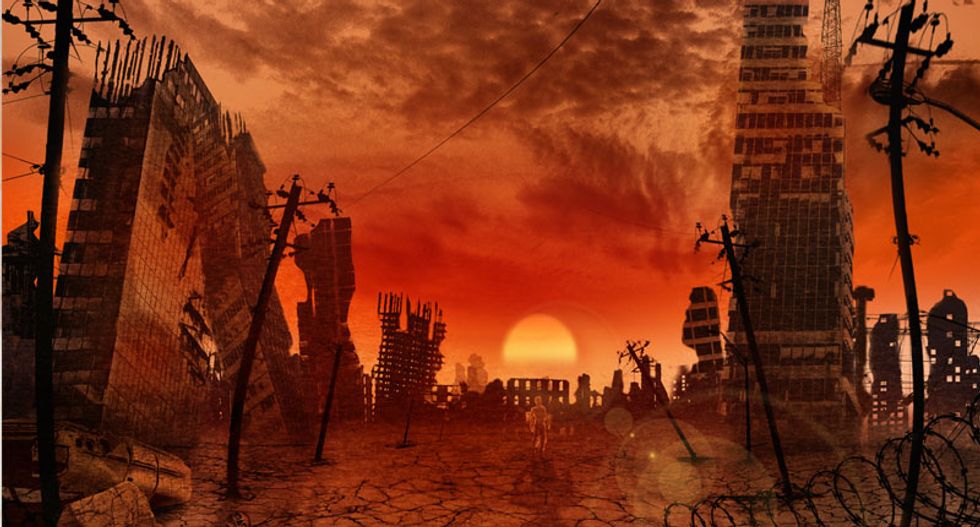 A city destroyed in the apocalypse (Shutterstock)

A Christian numerologist this week predicted that the Rapture would officially begin this Saturday -- and now some residents of Orange County, California are freaking out because a local cable company accidentally broadcast an ominous warning about the end of the world.

CBS Los Angeles reports that some Cox cable subscribers in Orange County this week saw an "Emergency Alert" test that was coupled with audio of a preacher who was prophesying the apocalypse.

"Realize this, in the last days, extremely violent times will come," boomed a voice over an image that simply said, "Emergency Alert."

The alert was supposed to be a routine test of the Emergency Broadcast System, but the original audio for the test seems to have been replaced by an End Times preacher's rant.

Cox said that it didn't know exactly how the apocalyptic message got aired, and speculated it might have been the work of a hacker, or simply interference that occurred when more than one local radio station was broadcasting an emergency alert at the same time.

"The radio station that sent the alert didn’t turn off their programming when the alert ended," Cox said. "For a short time, some heard programming that was on the radio."

Watch CBS Los Angeles' report on the incident below.