Charles Blow: Trump is building an army to start a second Civil War 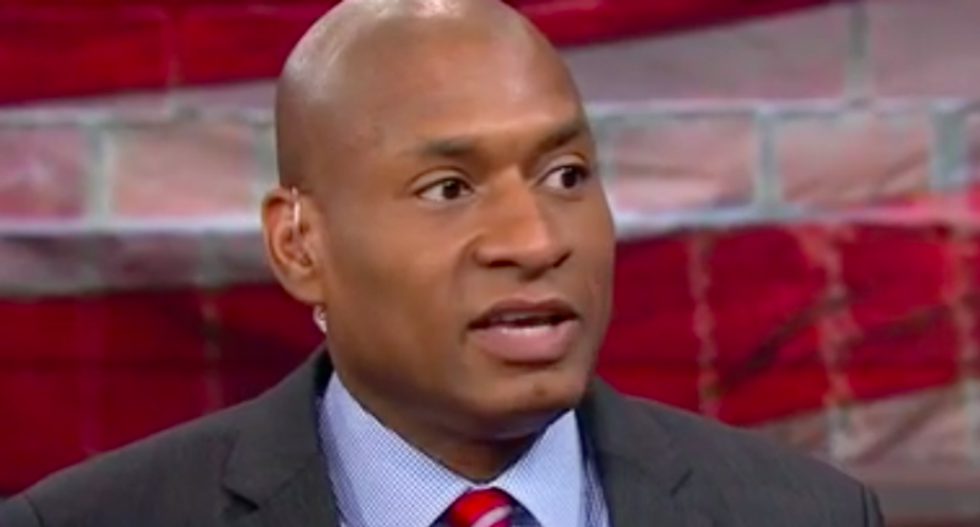 What will happen if the establishment Republicans using Trump to achieve their own plutocratic agenda decide they no longer need him? Who will he rely on and how will he ensure they remain by his side? Charles Blow fears Trump will turn to his most reactionary supporters, if he hasn't already.

In his Thursday column, Blow ruminates on how Trump's brief, spastic political career has revolved around the art of marketing. His obsession with polls is merely a byproduct of his desire to ensure his base become “repeat customers":

Trump made an industry out of selling conspicuous consumption. He sold the ideas that greed was good, luxury was aspirational and indulgence was innocent…Trump’s supporters see him as vector; he sees them as market.

But Blow doesn't believe Trump is out to make a quick buck or grow his brand, at least not exclusively. Through his overwhelming support of police unions, militarized rhetoric, tacit defense of white supremacists and efforts to marginalize his opposition, he's building a veritable army. Blow continues:

You do that by dividing America into tribes and, as “president,” aligning yourself with the most extreme tribe, all the while promoting militarization among people who support you.

So what's his end game? As Robert Mueller closes in, teaming with New York Attorney General Eric Schneiderman to prevent the president from pardoning himself or his cronies, Blow thinks “Trump wants to position any attempt to remove him as a political coup.” And he's recruiting “future confederates” for when the time comes:

If Trump is ultimately impeached, his supporters could revolt, and that possibility is not lost on the president.