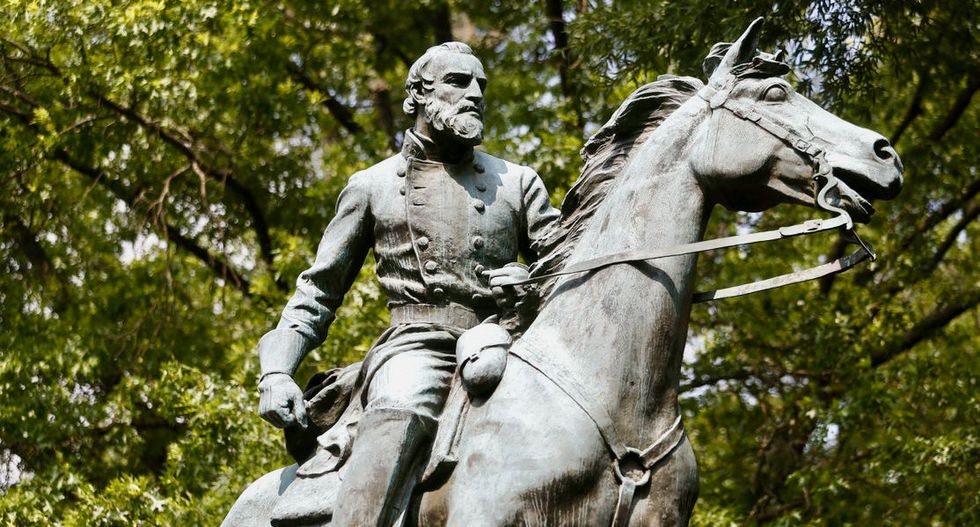 Charlottesville, Virginia, has decided to remove another Confederate general's statue from a park, a city spokeswoman said on Wednesday, just weeks after a woman died during protests over a decision to remove a statue of General Robert E. Lee.

Council members on Tuesday night unanimously ordered a statue of General Thomas "Stonewall" Jackson to be removed from a park in the city's historic downtown district "as soon as possible," spokeswoman Miriam Dickler said by phone.

The vote will have no immediate effect, however. A court has blocked the removal of the Lee statue from another park pending the outcome of a legal challenge that will likely now include the Jackson statue, Dickler said.

An August rally organized by white nationalists to protest the planned removal of the Lee statue became deadly, when counter-protester Heather Heyer, 32, was killed by a car driven into a crowd.

The violence stemmed from a heated national debate about whether Confederate symbols of the U.S. Civil War represent heritage or hate. In the wake of the rally, other Southern cities have acted to remove monuments to the Confederacy. [nL2N1L40KC]

Those defending Charlottesville's Lee statue in court argue that only the state can authorize its removal because it is covered by a Virginia war memorial statute. The city says it is city property and "not actually a war memorial as spelled out in code," Dickler said.

The resolution passed by the city council on Tuesday calls for the Jackson statue to be removed "in a manner that preserves the integrity of the sculpture" and to be sold or transferred to an entity that preferably would display it in an educational, historic or artistic context.

Both Confederate statues are shrouded in black fabric following a council vote to reflect the city's mourning after the death of the counter-protester last month. [nL2N1L80TZ]

Charlottesville Mayor Mike Signer has urged the Virginia legislature to go into special session to let localities decide the fate of the statues. [nL2N1L417Z]

But Virginia Governor Terry McAuliffe said that would be redundant because the statue's fate is already subject to litigation, though he added he hoped the court will rule in the city's favor.