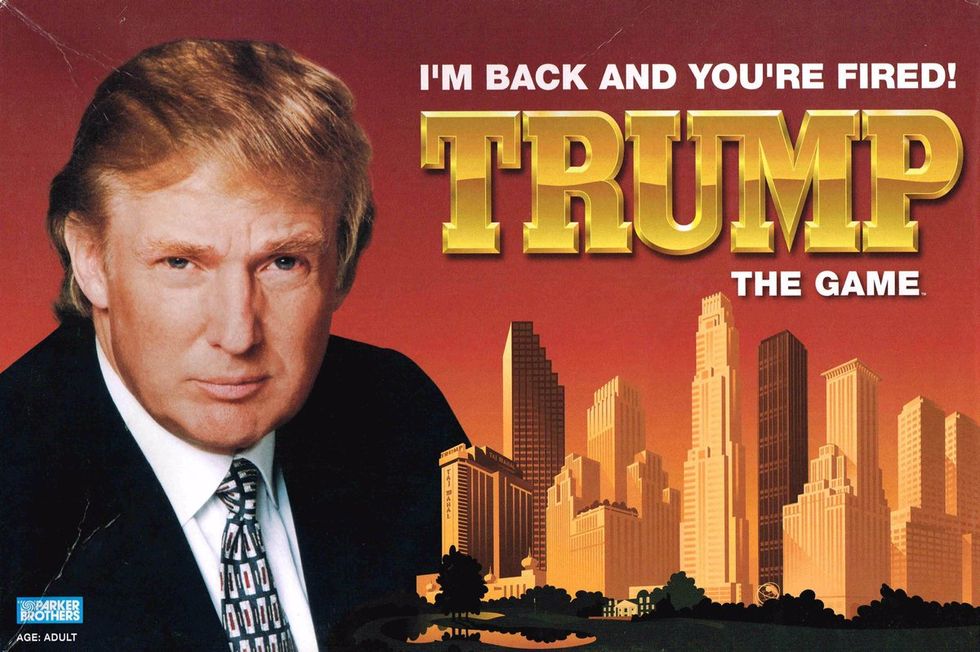 Photo of the cover of "Trump: The Game" (image via Twitter).

Donald Trump has "arguably taken back some control of his presidency," MSNBC's Chuck Todd noted on Friday's episode of "Meet The Press." The network counted 10 times the president had spoken to the press in the past week, and with each iteration, some have argued that he may finally have begun the mythical presidential pivot.

The question is -- which Trump is president?

"The answer," Todd notes, "depends on which version of the president you saw this week."

There's the Trump who's "gotten a little help from Democrats," and the Trump who wants Senate Majority Leader Mitch McConnell (R-KY) to do away with "the ridiculous filibuster rule" and never work with the other party again.

If you're "not a fan" of the Trump who claims he is "working on a plan for DACA" to help the 800,000 "young people" who came to the U.S. as children, Todd said, you can always go for the one who said that if "the Democrats aren't going to approve [the wall,] then we're not gonna do what they want."

It seems there's a Trump for every occasion -- one who said "if [taxes on the wealthy] have to go higher, they'll go higher," and another "whose administration's actual tax outline would mean a double-digit tax cut tax cut for top earners."

The Trump funhouse doesn't stop there -- there's a Trump who met with Sen. Tim Scott (R-SC), the black GOP senator who criticized him for equivocating between the white supremacists in Charlottesville and their counter-protesters, as well as a Trump who opined once again about the "very bad people" associated with the anti-fascist movement.

"It seems likely these versions of President Trump are working in tandem," Todd concluded. "If that's the strategy -- will it work?"

Watch the "Meet the Press" host play a game of "choose your Trump" below, via MSNBC.