CNN under fire for featuring white supremacist in discussion about DACA 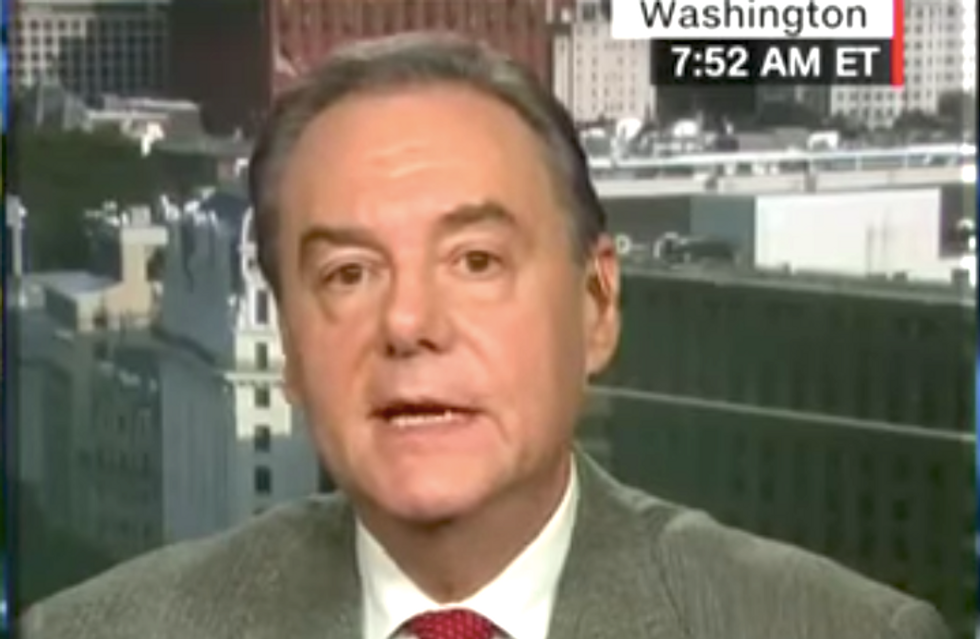 CNN has come under fire for featuring the president of a white supremacist group in a panel discussion about the Deferred Action for Childhood Arrivals Act (DACA), said Think Progress on Monday.

The Monday morning panel featured Democratic strategist Maria Cordona and Dan Stein of the Foundation for American Immigration Reform (FAIR), but as TP's Judd Legum noted, "CNN did not mention FAIR’s deep roots in white supremacy, eugenics, and white nationalism. The organization was founded by John Tanton, who founded FAIR to keep America 'a majority-white population.'”

The Southern Poverty Law Center (SPLC) said that Tanton's letters and personal papers reveal that he is a dedicated white supremacist who has spent decades at the heart of the white nationalist movement.

Tanton "has corresponded with Holocaust deniers, former Klan lawyers and the leading white nationalist thinkers of the era. He introduced key FAIR leaders to the president of the Pioneer Fund, a white supremacist group set up to encourage 'race betterment,' at a 1997 meeting at a private club. He wrote a major funder to encourage her to read the work of a radical anti-Semitic professor — to 'give you a new understanding of the Jewish outlook on life' — and suggested that the entire FAIR board discuss the professor's theories on the Jews," wrote the SPLC's Heidi Beirich.

Stein himself, wrote Legum, "said he believes America’s immigration laws, which he regards as too permissive, are an effort 'to retaliate against Anglo-Saxon dominance.' He said that the current generation of immigrants is engaged in 'competitive breeding' and that '[m]any of them hate America, hate everything the United States stands for.'"

On CNN, Stein called DACA an "arbitrary amnesty program" and said that Republicans and FAIR will not do anything to help unless the Democrats in Congress agree to help Trump carry out his agenda, and "secure the borders, build the wall, interior enforcement and cut chain migration."

The Department of Justice has requested transcripts of interviews from the Select Committee Investigating the Jan. 6 Attack on the U.S. Capitol, The New York Times reported Tuesday.

"The move, coming as Attorney General Merrick B. Garland appears to be ramping up the pace of his painstaking investigation into the Capitol riot, is the clearest sign yet of a wide-ranging inquiry at the Justice Department," the newspaper reported. "The House committee has interviewed more than 1,000 people so far, and the transcripts could be used as evidence in potential criminal cases, to pursue new leads or as a baseline text for new interviews conducted by federal law enforcement officials."

For the first time in over 50 years, Congress held a public hearing on UFOs, which came on the heels of an unclassified report issued by the Department of Defense last June and the establishment of a permanent UAP (unidentified aerial phenomena) office at the Pentagon.

Ohio GOP Rep. Jim Jordan thinks there are better ways Congress could be spending its time, and he made his feelings known in a Facebook post this Tuesday.