Conservative commentator Scottie Nell Hughes: 'I was raped by Charles Payne and again by Fox News' 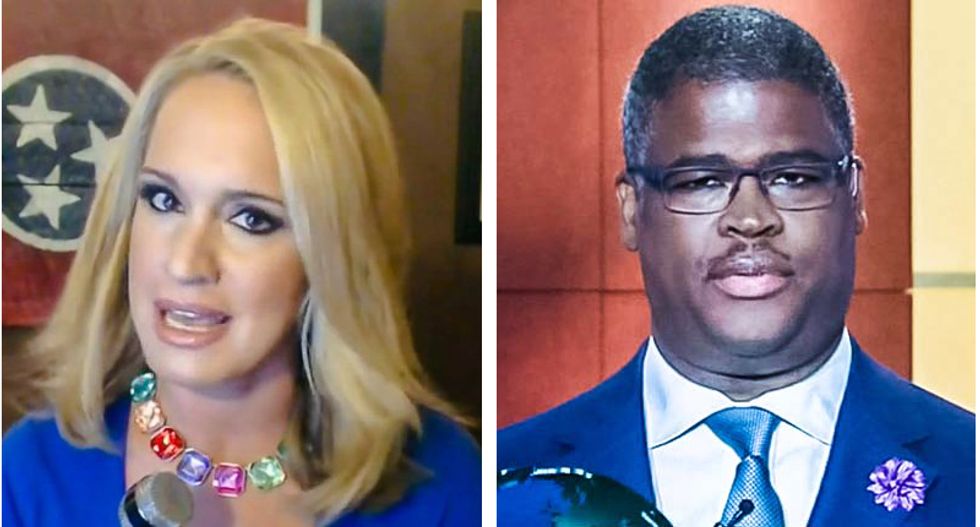 Former Fox News guest Scottie Nell Hughes on Monday filed suit against the network, claiming she was raped by Fox Business Network host Charles Payne and then targeted by by executives for retaliation after coming forward with the allegation, the New York Times reports.

According to her lawsuit, Payne “pressured” his way into Hughes’ hotel room and forced her to have sex. She claims she was forced into a sexual relationship with Payne in exchange for career opportunities and the promise of a business contract that never materialized.

Hughes alleges Fox News blacklisted her after she ended her relationship with Payne.

Payne, the host of “Making Money” on Fox Business, returned to the network in September after a two-month long investigation into multiple allegations of sexual harassment. In a statement to the Times, Payne maintained his innocence.

“Charles Payne vehemently denies the allegations,” the statement read. “He will defend himself vigorously against these claims and will hold those responsible to account.”

A Fox News spokesman dismissed the allegations as a publicity stunt: "The latest publicity stunt of a lawsuit filed by Doug Wigdor has absolutely no merit and is downright shameful. We will vigorously defend this. It’s worth noting that Doug is Ms. Hughes’ third representative in the last six months to raise some variation of these claims which concern events from four years ago, since it apparently took some time to find someone willing to file this bogus case."