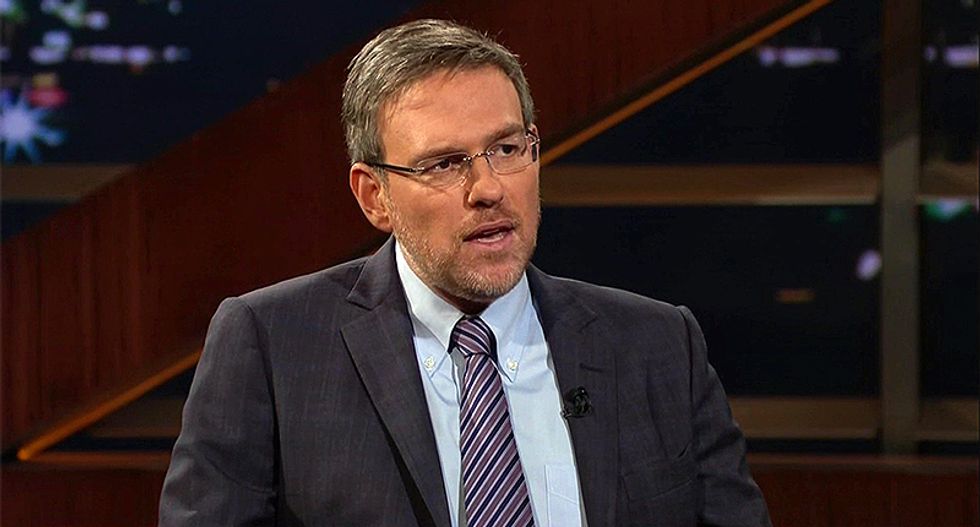 Stephens explained that he believes what Trump is doing to the country is "culturally corrosive" to systems of government and disagreed with Maher, saying "I'm not sure it's survivable." He went on to say that as a person in the media, he's not sure from one day to the next where the country will be going because the Trump's White House is so unstable.

"Bipolar is right," Stephens said, harking back to Maher's opening monologue. "This isn't a presidency, it's a neurosis."

When it came to how Trump managed to get elected, Stephens said he watched his previous appearance on the show back in 2015 where they discussed the 2014 midterm elections. Stephens said that Maher mocked Sen. Joni Ernst (R-IA) because she told a story about growing up so poor that she put bread bags on her feet to walk in the snow. His point was that liberals are elitists and mocking poverty is bad.

Maher called him a snowflake, saying that first, he doesn't believe the story at all. Second, Stephens sounds like a liberal complaining about his mockery of anyone disadvantaged and that he should be able to mock whomever he wants.

Stephens accused Maher of "cultural condescension" and warned that it would be the downfall of the liberals if they continue to talk down to the poor.

Maher said he went through the same conversation last week with S.E. Cupp, who told him he shouldn't call people "stupid." He explained he's not sure what other word to use for someone who doesn't understand that the Affordable Care Act and Obamacare are the same thing.

"This is your own health!" Maher exclaimed, saying if someone can't take care of their own health he's not sure what to do.

Stephens explained that this lack of information, lack of understanding and "condescension" is exactly how Trump was elected.

"This is how we end up with Trump," he began. "People can be bamboozled and sold on... bullsh*t and you can become president for it."