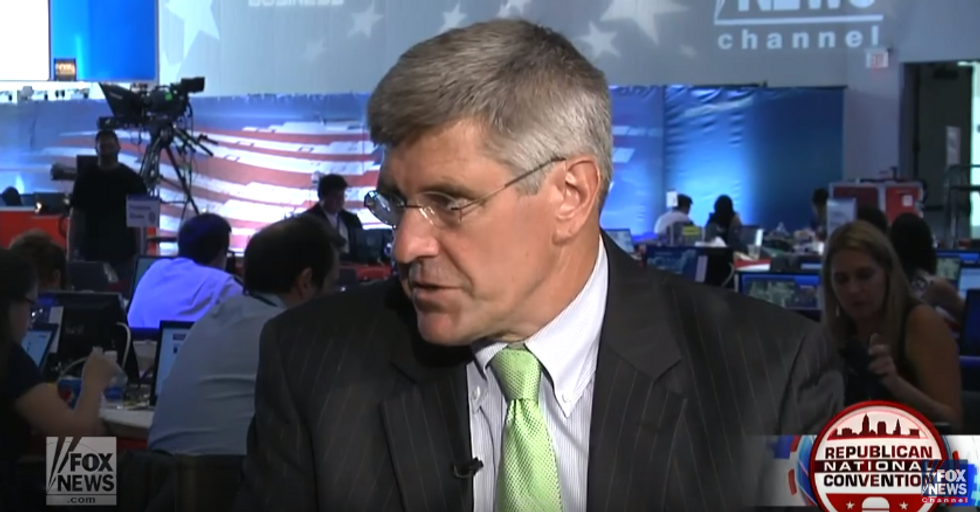 Moore was explaining why it’s unfair to have an insurance system where healthy people subsidize sick people.

Trump adviser Moore on unfairness of the healthy subsidizing the sick: "people want insurance for their own families, not other peoples' "
— John Harwood (@John Harwood) 1505851053.0

The Internet on Tuesday was not impressed by Moore’s statement, noting the top Trump advisor appears to not understand what insurance means:

1. The whole point of insurance is broadly-spread risk, no? 2. The line between healthy and sick often vanishes sud… https://t.co/kox2cRSL6N
— Cathleen Decker (@Cathleen Decker) 1505851596.0