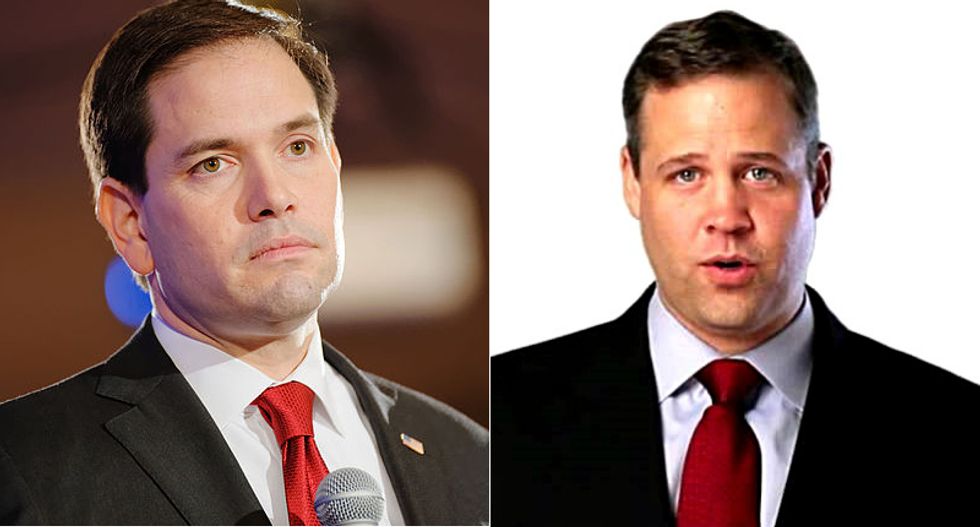 President Donald Trump chose a known science denier as his nominee for the National Aeronautics and Space Administration -- and the decision has drawn bipartisan ire.

According to Politico, Sen. Marco Rubio (R-FL) has teamed up with his Democratic counterpart, Sen. Bill Nelson (D-FL) in criticism of the president's decision to appoint Rep. James Bridenstine (R-OK) to head NASA.

In 2013, during his first year in Congress, Bridenstine infamously called on then-President Barack Obama to "apologize" to the state of Oklahoma for his "gross misallocation [sic]" of funds to climate change research.

In a statement to Politico, Nelson said "the head of NASA ought to be a space professional, not a politician," and Rubio agreed, saying Bridenstine's "political baggage" would spell trouble for the agency that resides in his home state.

"I just think it could be devastating for the space program. Obviously, being from Florida, I’m very sensitive to anything that slows up NASA and its mission," Rubio told Politico.

Along with serving as a representative to Oklahoma, Bridenstine also directed Tulsa's Air and Space Museum, the report notes.