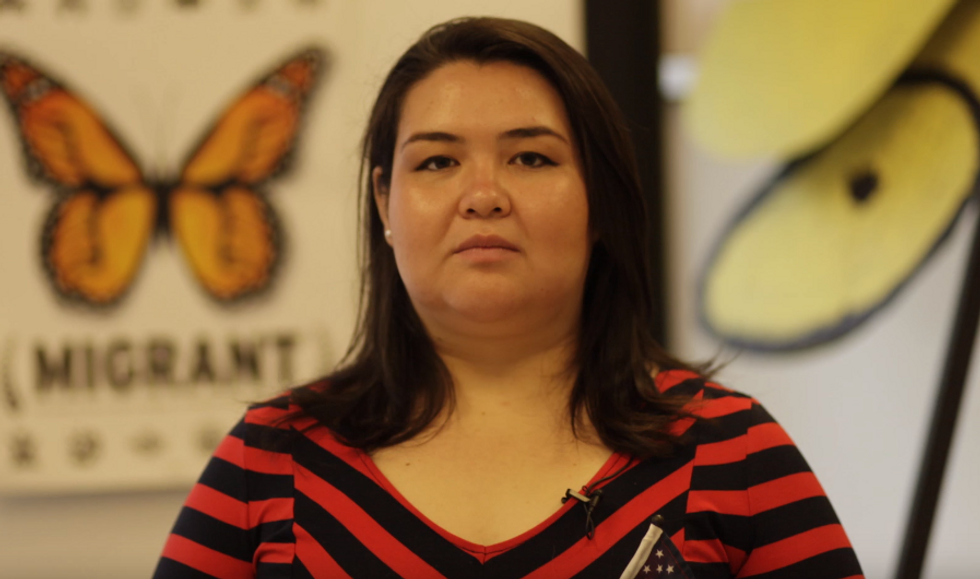 Greisa Martínez, the advocacy director for the organization United We Dream, offered a sharp rebuke to President Donald Trump's decision to rescind Deferred Action on Childhood Arrivals protections for undocumented immigrants who were brought to the United States as children.

During an interview with CNN on Thursday, Martínez called Trump's decision to rescind DACA "another sign of white supremacy taking over our democracy," and she drew parallels to the recent white nationalist rally in Charlottesville, Virginia, as well as the presidential pardon of racist Arizona Sheriff Joe Arpaio.

She vowed, however, that she and her fellow "Dreamers" -- named after people who would benefit from the Development, Relief, and Education for Alien Minors Act -- would not go down without a fight.

"It puts people like myself on the pipeline to deportation," Martínez said of Trump's decision. "People all across the country are concerned about what's happening to our democracy. And I will say... we're ready to fight like hell with everyone else to ensure that we're protected."

Martínez also mocked Trump for saying that he would handle Dreamers' cases with a lot of "heart."

"If this is the way Donald Trump shows his love, I don't really want it," she said.

Some of the Republican officials who signed phony electoral certificates made damning admissions to a reporter in the days after Donald Trump lost the presidential election.

The House select committee is investigating efforts by state-level Republicans, overseen by Rudy Giuliani and other Trump campaign officials, to send "alternate" slates of electors to Congress, and those GOP officials told Politico's Kyle Cheney they understood what they were doing was probably against the law.

'Bat Out of Hell' singer Meat Loaf dead at 74

US singer and actor Meat Loaf, famous for his "Bat Out of Hell" rock anthem, has died aged 74, according to a statement on Friday.

"Our hearts are broken to announce that the incomparable Meat Loaf passed away tonight with his wife Deborah by his side," read a statement on his Facebook page.