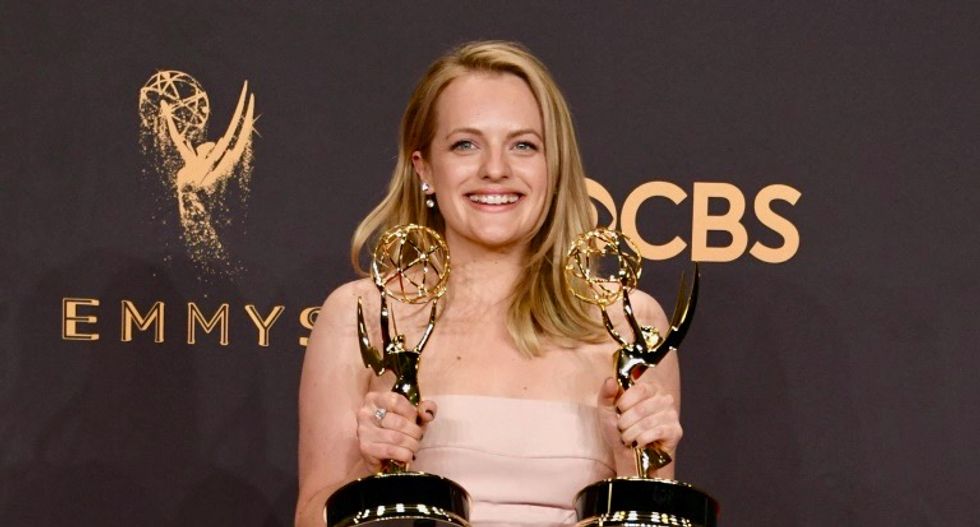 Elisabeth Moss on Sunday took home a top Emmy for depicting a victim of a cult, although in real life she is a member of the controversial Church of Scientology. The 35-year-old, earlier known for roles in "The West Wing" and "Mad Men," won her first Emmy for a role in "The Handmaid's Tale" in the…