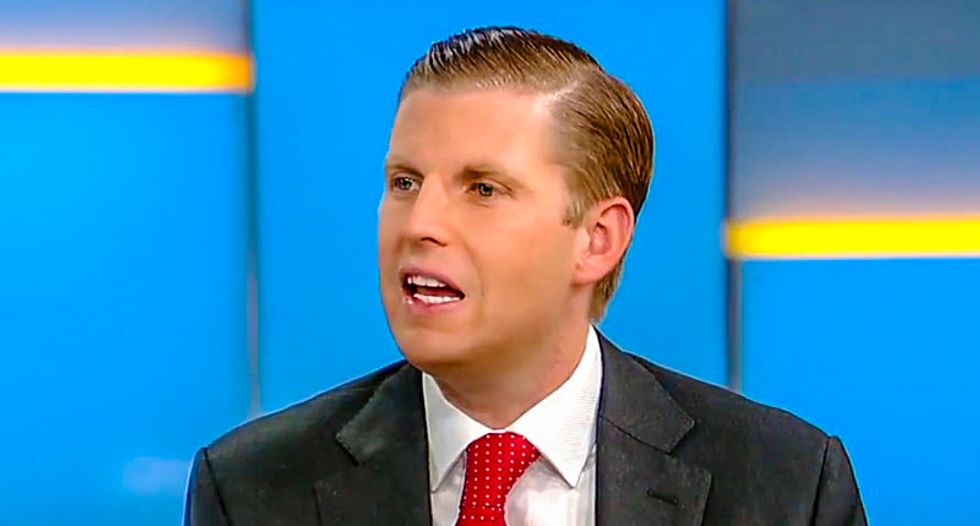 Curetivity is currently under investigation by Eric Schneiderman over reports the foundation misled donors and shifted money to his family’s business. Earlier this year, it was reported that despite billing a charity event as benefitting from his father’s sprawling real estate company—and even boasting, “we get to use our assets 100% free of charge”—the Eric Trump foundation actually paid the Trump Organization for use of the Trump National Golf Club in Westchester, NY. It also re-donated over $500,000 to other charities that in turned booked events at Trump properties.

As Forbes reports, Curetivity is legally able to raise money while under investigation. But it’s use of the Trump National Golf Club on Monday shows a willful disregard of the very conflict that sparked Schneiderman’s investigation. While reporters were barred from covering the event, and were met with cagey responses by security guards at the club, images on social media confirmed the nature of the gathering.

“They said you got to leave,” a security guard told Forbes’ Dan Alexander. “They’ll all be looking. You have pictures all over town up here. If you try to like park and go up there, they’ll be tackling you.”