‘Everyone was so joyous’: Witnesses cheered white supremacist punched out for ranting ‘Alex Jones-style’ 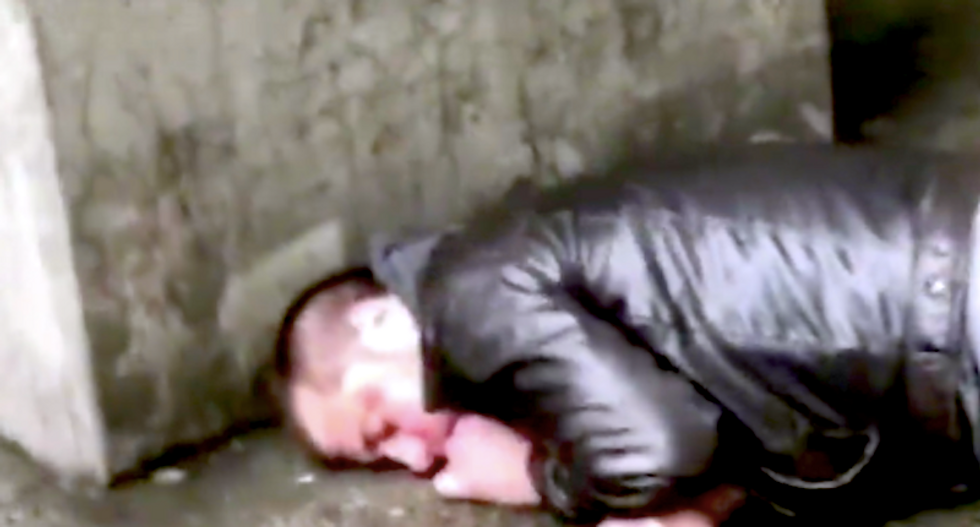 A man wearing a Nazi armband in downtown Seattle got punched out after throwing a banana and yelling bonkers slogans at passersby.

Witnesses provided more information to The Stranger about the Sunday afternoon incident, which was widely reported the following day.

Sean Patrick Duff told the newspaper he encountered the man while walking to see "Baby Driver."

The unidentified man was "belligerent" and yelling "Alex Jones-style," and a small crowd gathered, according to Duff.

A white bystander approached the man and told him to "get the f*ck out of our city," and the neo-Nazi called the man an "ape and threw a banana at him," Duff said.

Another man ran across the street at that point and punched the neo-Nazi in the jaw, knocking him unconscious.

Duff admits he was very high on marijuana during the incident, so he did not get involved, but said he was hoping someone would punch the neo-Nazi.

"Everyone was so joyous," Duff said. "It was like a bonding for the community."

He said a few people came forward to help the unconscious man, but he said they backed off when another bystander pointed out he was "Nazi trash."

"Nobody wanted to help him," Duff told the newspaper.

The crowd dispersed when police arrived, and officers said the man declined to provide information about the incident and left after removing his swastika armband.