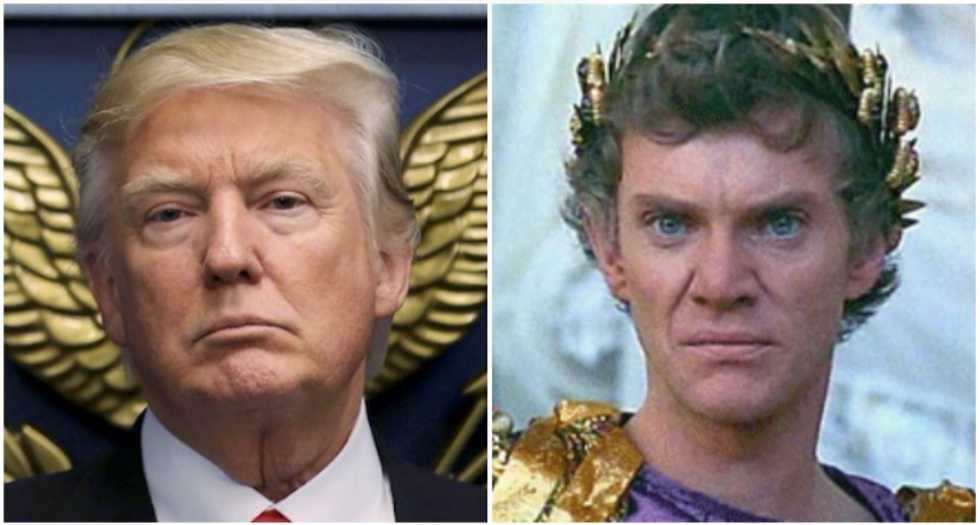 The 35-page dossier detailing President Donald Trump's alleged links to Russia -- and its most lurid claim -- is generally credible, according to a new analysis.

Former CIA station chief John Sipher published his analysis on Just Security, where he weighed information gathered by former British spy Christopher Steele against standard Russian intelligence practices and information that has been revealed since the final report.

"One large portion of the dossier is crystal clear, certain, consistent and corroborated," Sipher wrote. "Russia’s goal all along has been to do damage to America and our leadership role in the world. Also, the methods described in the report fit the Russians to a tee. If the remainder of the report is largely true, Russia has a powerful weapon to help achieve its goal."

The Kremlin benefits from confusion and uncertainty, even if Steele's report was largely false, and he said that "political churn" was stirred by Trump's efforts to hide his ties to Russia.

"The administration could help cauterize the damage by being honest, transparent and assisting those looking into the matter," Sipher wrote. "Sadly, the president has done the opposite, ensuring a Russian win no matter what."

He suspects Russia had deliberately spread false information to confuse investigators and public officials, but Sipher said he did not doubt Steele's claim that the Kremlin had a recording of Trump paying prostitutes to urinate on a bed at a Moscow hotel.

"The most explosive charge in the Steele document was the claim that Trump hired prostitutes to defile a bed slept in by former President Obama," Sipher wrote. "The important factor to consider is that Trump did not engage with the prostitutes himself, but instead allegedly sought to denigrate Obama."

The former CIA station chief said those actions were consistent with Russian efforts to cultivate compromising material, and with Trump's attitude toward his predecessor.

"If there is anything consistent in what we have learned about President Trump, it seems that his policies are almost exclusively about overturning and eradicating anything related to President Obama’s tenure," Sipher wrote. "In this sense, he is akin to the ancient Pharaohs, Byzantine and Roman Emperors like Caligula, who sought to obliterate the existence of their predecessors, even destroying and defacing their images. Is it inconceivable that he would get some satisfaction from a private shaming of the former president?"

Steele found four sources who described “unorthodox” and embarrassing behavior by Trump that could be used as blackmail, which Sipher said was consistent with Trump's personal history.

"While it is not worth serious exploration, the notion that Trump might be involved with beautiful young women as alleged in the reports doesn’t seem to be much of a stretch," Sipher wrote. "His private life is well documented and litigated, such that it doesn’t seem wholly out-of-bounds to tie the reports about his activity in Russia with his history of undue interest in young women."