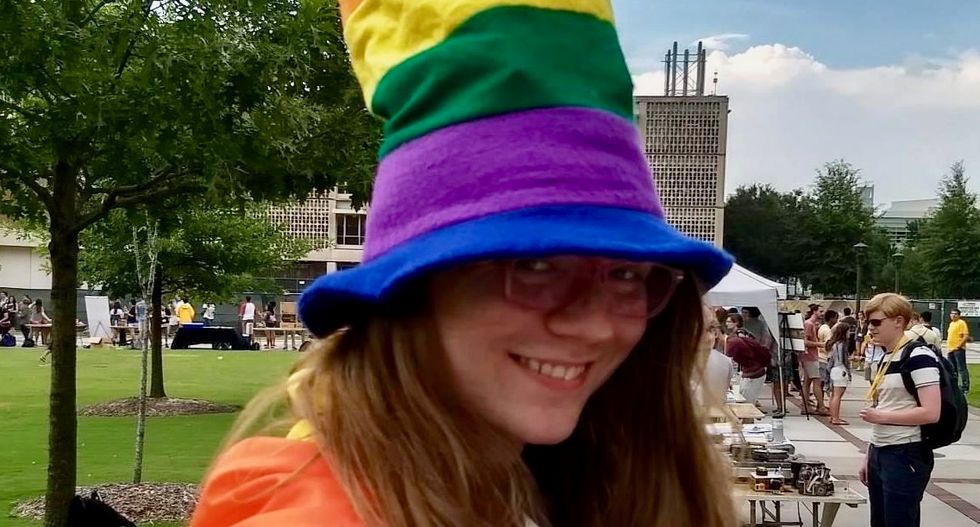 The family of a Georgia Institute of Technology student shot and killed by police in Atlanta over the weekend is questioning why campus officers did not try to disarm the knife-wielding computer engineering major with nonlethal force.

Scout Schultz, 21, died after being shot on campus on Saturday night. The student ignored repeated commands to drop the knife and stop moving toward officers, police said.

Chris Stewart, a lawyer representing the family, said at a news conference on Monday that Scout Schultz was carrying a fold-out utility knife.

“The narrative out there says he was wielding a knife,” Stewart said, adding that the knife was a multi-purpose tool with pliers and "a tiny little blade that was not even open."

"Why did you have to shoot?" Schultz's father, William Schultz of Lilburn, Georgia, said at the news conference. "That's the only question that matters right now. Why did you kill my son?”

Stewart said the family will file lawsuits against the campus police and Georgia Tech.

Schultz's father said his child had a history of mental illness but had seemed to be doing well.

Scout Schultz was president of Georgia Tech's Pride Alliance, an advocacy group for lesbian, gay, bisexual and transgender students. Schultz was nonbinary, according to the Pride Alliance website, a term used for gender identities that are not exclusively male or female,‍ and preferred the pronoun "they" instead of he or she.

It was unclear what led to the standoff outside a Georgia Tech dormitory. Campus police had responded to a report of someone armed with a gun and a knife, though no firearms were found at the scene, the Georgia Bureau of Investigation (GBI) said in a statement on Sunday.

Video of the incident recorded by a witness and posted on the video-sharing website Vimeo showed that Schultz's arms were down by the side as officers said “do not move” and “drop the knife.”

The moment of the shooting was partially obscured in the video. A single shot could be heard, followed by screams.

Stewart wanted to know why the officers were not armed with Tasers, which he said could have subdued Schultz.

Georgia Tech referred all questions to the GBI.

The medical examiner’s office in Decatur will perform an autopsy, the GBI said.