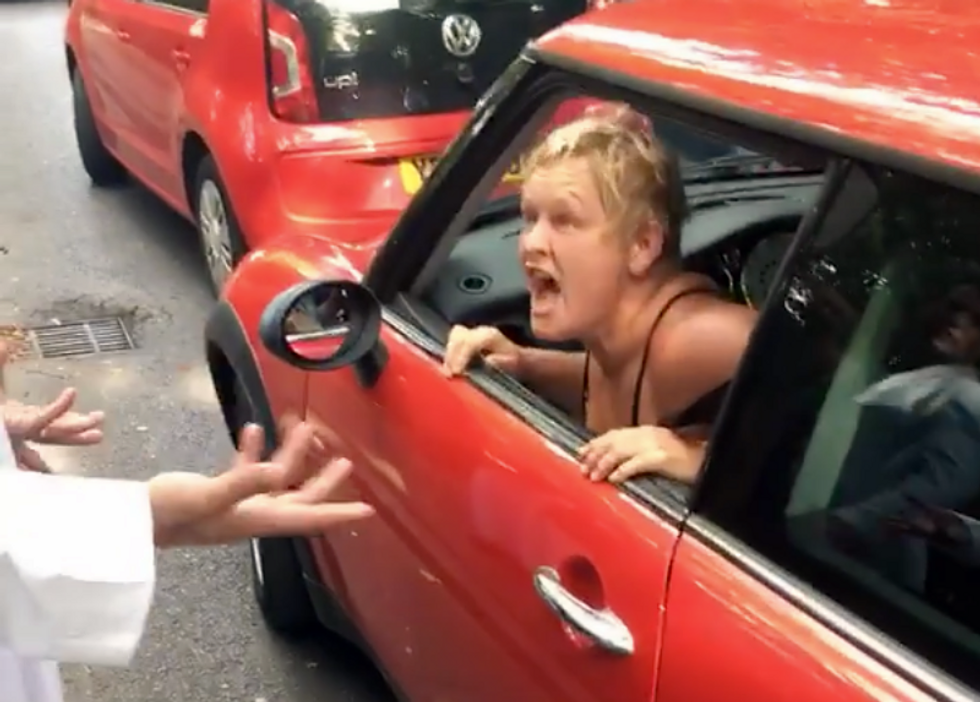 British woman's racist rant in front of a cemetery.

In a stunning video, a woman is seen launched an obscene tirade at Muslims on the way to take part in honoring the dead during Eid.

"A shocking video of a woman shouting disgusting, foul-mouthed, racist abuse at Asian men outside Dewsbury Cemetery today has been posted online," The Huddersfield Daily Examiner reported. "In the 28-second video posted by Mo Pandor, the blonde-haired woman who is a passenger in a small red car, aggressively targets the men, though it is not clear what prompted the confrontation."

The video caption explains it was filmed, "while Muslims were visiting their deceased as part of Eid rituals."

"She appeared to shout: ‘F*ck off you British, f*cking P***,’" Metro reports. "The men seemed like they were trying to ignore her but she continued her apparent diatribe, adding: ‘F*cking black b*tches!'"