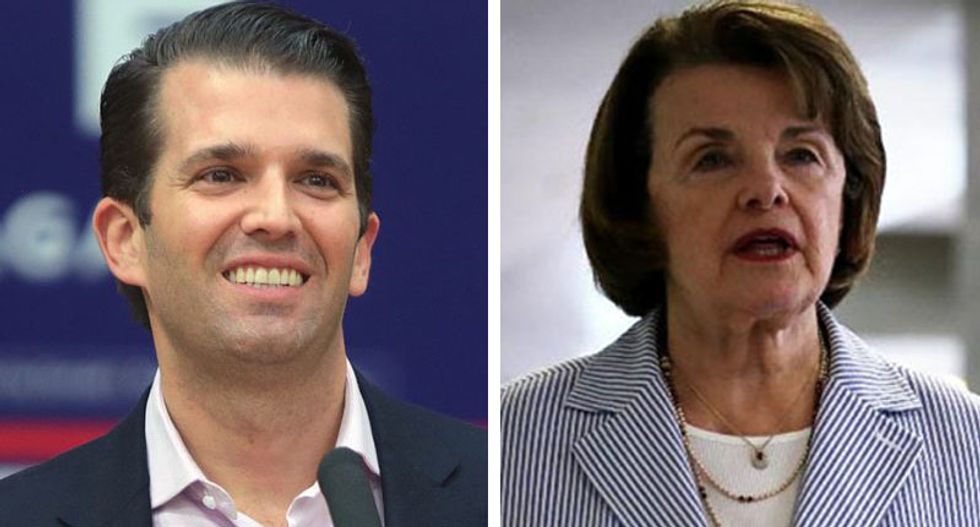 Feinstein’s pledge comes less than a week after Trump Jr. appeared before the committee— which is investigating Russian interference in the 2016 election and possible collusion between Kremlin officials and members of the Trump campaign—for over five hours of testimony, though his statements were not provided under oath.

The bulk of his appearance reportedly focused on the now-infamous June 2016 meeting involving members of the Trump campaign and a Russian lawyer with ties to the Kremlin. In a statement to the committee, Trump Jr. claimed he felt he should meet with the Russian officials to find out “the extent they had information concerning the fitness, character, or qualifications of a presidential candidate,” in this case former Democratic candidate Hillary Clinton.

In July, Feinstein threatened Trump Jr. with a subpoena if he refused to testify before the committee. "I'm not concerned, because if they don't they'll be subpoenaed," Feinstein, the top Democrat on the committee, said of Trump Jr. and former Trump campaign chairman Paul Manafort—another subject of the Senate’s probe.