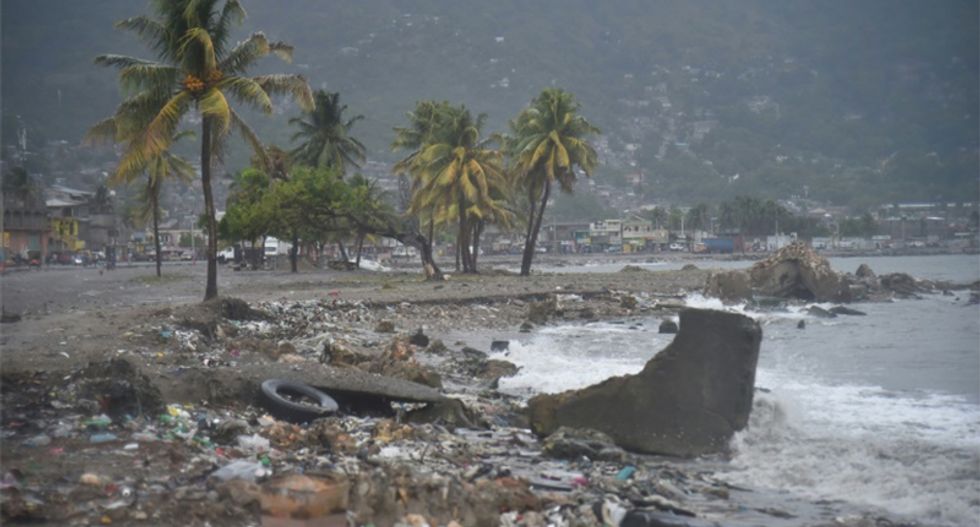 Debris and trash on a beach in Cap-Haitien on September 7, 2017, as Hurricane Irma approaches (Photo: AFP / HECTOR RETAMAL)

In the town of Ouanaminthe, on the border with the Dominican Republic, homes were flooded with up to 30 centimeters (12 inches) of water, according to the Haitian civil protection agency.

Two people were injured when an uprooted coconut tree crashed onto their home near Cap-Haitien, the agency said.

Hurricane Irma continued to pound the Caribbean Thursday, flattening homes and killing half a dozen people as it roared northwest towards the United States.

At 2100 GMT on Thursday, the eye of the monster storm was located a few dozen miles north of Haiti, churning past Turks and Caicos and heading for the Bahamas.

Poor Haitians were left to face Irma's fury alone as authorities showed little sign of preparing for a what forecasters said could be a catastrophic event.

Many were clinging to the hope that damage could be less than feared, after the path of the Category Five storm veered north away from Haiti, the poorest country in the Americas.