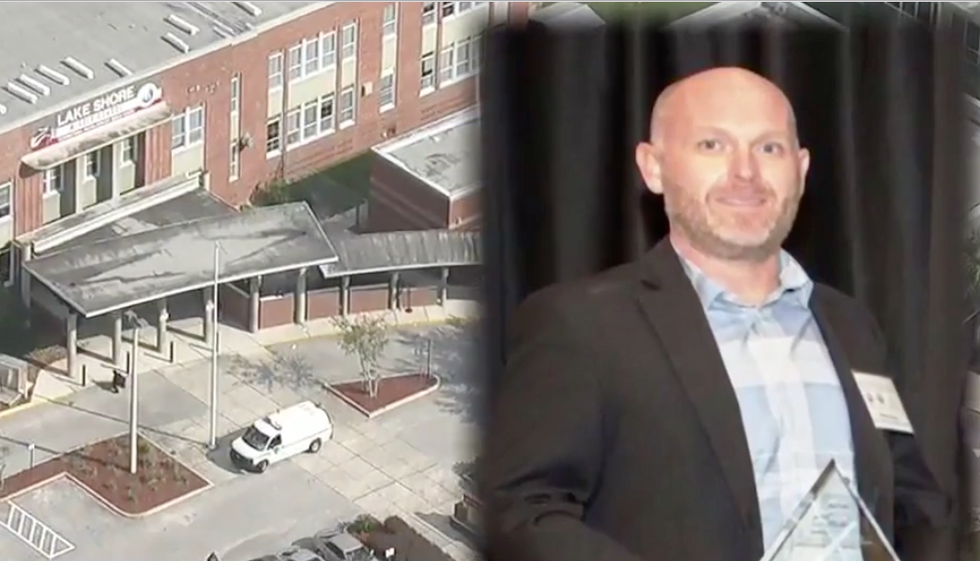 A Jacksonville, FL teacher was suspended without pay this week after he allowed students in his middle school classroom to play "Dirty Dare," which led to one student exposing herself and a male student licking another girl's breast.

Jacksonville's News 4 TV said that 7th grade social studies teacher Brent Sawdy was suspended without pay on Monday after an investigation that began on May 5.

According to investigators, Sawdy's class had returned from a field trip to the Diamond D Ranch and the teacher told students he had some work to do and turned on a video by Bill Nye. When the class was inattentive to the video, he told them they could work together on note cards related to the class, put on music and sat at his desk.

Sawdy maintains that he was unaware of the game that unfolded between students, however reports say that students were kissing, sitting on each other's laps and touching inappropriately in full view of their classmates.

Sawdy said that all he was aware of was that at one point he looked up and saw a male student slap a girl on the leg. He says he told the boy to stop and warned him that he was acting inappropriately.

News 4 said, "An investigator from Duval County Public Schools' Office of Equity and Inclusion/Professional Standards determined 'there is a preponderance of evidence to support the allegations that Mr. Sawdy failed to provide adequate supervision when he allowed students in his class to participate in an inappropriate game which involved kissing and exposure of private parts.'"

Investigators interviewed 15 students, not all of whom reported inappropriate behavior.

Sawdy will be suspended for seven days without pay. The Florida Department of Children and Families conducted a parallel investigation and also found that Sawdy failed to provide adequate supervision.

In 2017, Sawdy was one of 15 semifinalists for Duval County Teacher of the Year.