‘Force them out of the shadows’: Activist calls white supremacists cowards who are living in fear 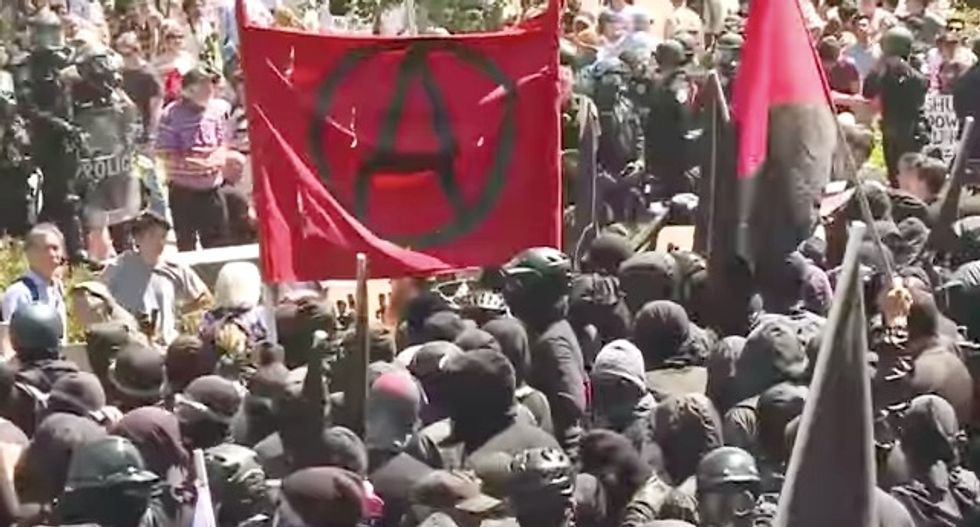 White supremacy can only flourish in the dark, a prominent antifa member explained in a Vox interview.

Daryle Jenkins, 49, has become a prominent defender of antifa, which is short for anti-fascist.

"This is the age of show us or it didn’t happen. So I show who these people are, what they do, and what they believe," Jenkins explained. "I want to force them out of the shadows."

Although Jenkins has been threatened by the fascists he confronts, he says that the confrontation and exposure terrifies the so-called alt-Right and neo-Nazis.

"The FBI once called me to let me know there was a credible threat to blow up my parent’s house. But look, white supremacists are more afraid of us than we are of them," Jenkins explained. "They know we can cause more damage to them than they can cause to us."

Jenkins is clearly frustrated by the media portrayal of antifa.

"If you don’t think we have the answer, then you better be putting the solution into motion. You can’t be an armchair quarterback on this. You’ve got to do something," he demanded.

Jenkins says that the growing antifa movement is a direct reaction to President Donald Trump.

"Everything really started to ratchet up during these Trump rallies. People were getting attacked by his supporters and he was encouraging it, celebrating it," Jenkins reminded. "So we decided that this couldn’t go unanswered any longer; we had to fight back."