Former US Senator Pete Domenici, heavyweight on budget, dead at 85 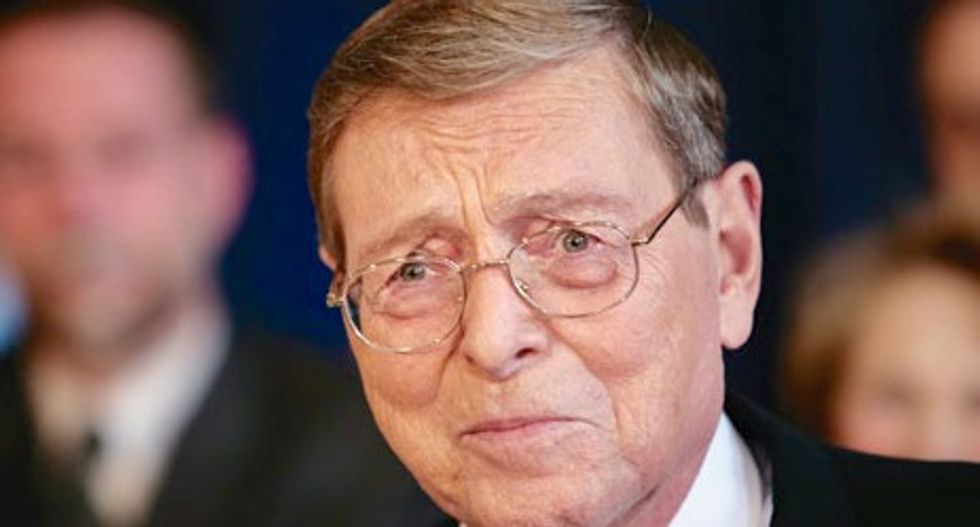 Pete Domenici, a former minor league baseball pitcher who became a major league power player in the U.S. Senate on energy and budget issues and New Mexico's longest-serving senator, died on Wednesday in Albuquerque at age 85.

Domenici, a Republican, served as chairman of the Budget Committee and Energy and Natural Resources Committee during his 36 years in the Senate before deciding not to seek re-election in 2008 due to a degenerative brain disease.

Brandi Sanchez, a spokeswoman for his son's law firm in Albuquerque, confirmed the death of the former senator.

Senate Majority Leader Mitch McConnell wrote on Twitter that the Senate was saddened to learn of "the passing of our friend Senator Pete Domenici."

Domenici, the son of Italian immigrants, was a key player in a 1997 balanced budget measure negotiated with Democratic President Bill Clinton and was a prominent supporter of nuclear energy.

He also fought for greater health insurance coverage for people with mental illness. His daughter Clare, one of his eight children with wife Nancy, was diagnosed with schizophrenia.

Domenici was a pragmatic conservative Republican who was able to work with Senate Democrats like Edward Kennedy of Massachusetts. "My success as a senator has come only through working together with my Senate colleagues from all parties - they know that and I know that," he said in 2007.

That success came after friends urged Domenici not to go into politics to spare him from personal attacks.

"Obviously, I didn't listen to them," he said. "And I'm glad I didn't. I have found politics to not be as harsh as my friends predicted. For the most part, it's been just the opposite."

Domenici was not in good health in his final years in the Senate. In October 2007, at age 75, he announced his decision not to seek a seventh six-year term in the Senate the following year due to progression of the incurable brain disorder called frontotemporal lobar degeneration.

In February 2013, Domenici at age 80 acknowledged he had fathered a child out of wedlock in the 1970s with the daughter of Paul Laxalt, who at the time was one of his colleagues in the Senate. Domenici and Michelle Laxalt, who was 24 at the time, made the admission because they said they feared the information would be made public to try to smear Domenici's reputation. She became an influential Washington lobbyist.

Domenici was born in 1932 in Albuquerque, New Mexico. He graduated from the University of New Mexico in 1954 and then pitched for the Albuquerque Dukes, a minor league club for the Brooklyn Dodgers.

"If he had a better curveball, he probably never would have been in the Senate," Ari Fleischer, a former White House spokesman and Domenici aide, told USA Today in 2007.

After baseball, Domenici became a math teacher, lawyer and Albuquerque city commissioner before being elected to the U.S. Senate in 1972, becoming New Mexico's first Republican senator in 38 years. He was a powerful advocate for his state in Congress and helped steer money to U.S. Energy Department nuclear facilities such as the Los Alamos National Laboratory.

Near the end of his political career, the Senate Ethics Committee admonished Domenici in April 2008 for creating "an appearance of impropriety that reflected unfavorably upon the Senate" when he telephoned the top federal prosecutor in New Mexico to ask if an indictment in a politically sensitive corruption case would come before the November 2006 elections.

(Reporting by Will Dunham; Editing by Bill Trott and Diane Craft)