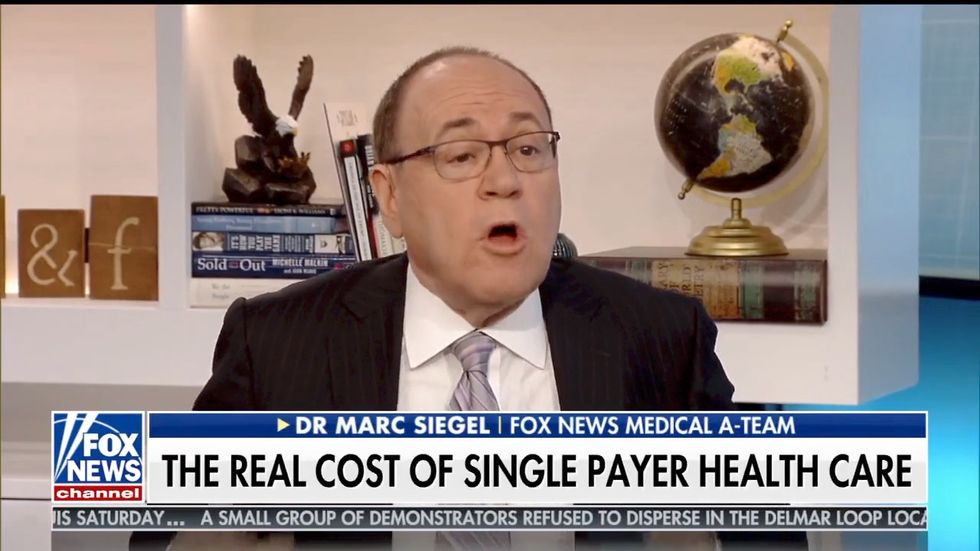 On Sunday's edition of Fox & Friends, Siegel argued that a single-payer health care legislation would destroy the current capitalism-based system "that works."

"I'm really worried about that," the doctor opined. "You go up to the north, to Canada, Fraiser Institute said last year -- just up to last year alone -- the average waiting time between the time you see a primary care doctor, like me and the time you get treated by your specialist for surgery, effectively whatever it is, whatever treatment it is, it's 20 weeks waiting time! Twenty weeks on average."

But the doctor's recollection of the Canadian statistics was faulty at best.

While it's true that the Fraiser Institute <ahref="http://www.ctvnews.ca/health/health-care-wait-times-hit-20-weeks-in-2016-report-1.3171718">did find that some treatments could take up to 20 weeks in worst cast scenarios, many provinces had wait times that are half that.