'Furious' Republicans threaten GOPers up for re-election: Keep your 'promises' or we won't donate 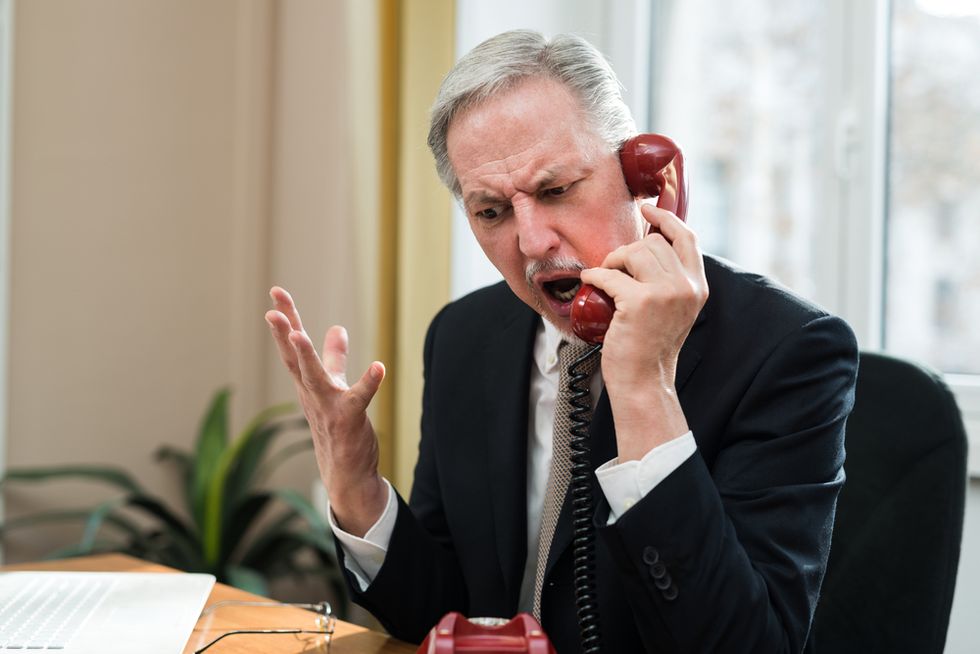 An angry businessman yells into his phone (Shutterstock).

At a closed-door Republican Senate meeting last week, Sen. Cory Gardner (R-CO) reportedly warned his fellow congresspeople that campaign funds will "dry up" if they fail to deliver to the moneyed members of their base.

According to the New York Times, Gardner, who's running the GOP's midterm re-election efforts, told a "subdued" audience of senators that donors are "furious."

“We haven’t kept our promise," Gardner reportedly said during the meeting, according to a Times' source with knowledge of the event.

Fear of "backlash from big donors as well as the grass roots" reportedly motivated the Senate to once again try to repeal and replace Obamacare before the end of the month, when they will need a broader majority than the 50 votes (along with Vice President Mike Pence's tie-breaking vote) it would take before "budget reconciliation" ends on September 30.

As the report notes, this latest attempt (which likely will fail due to Sen. John McCain (R-AZ) voting against it) has been the latest in a "steady decline" in donations from both large and small Republican donors.