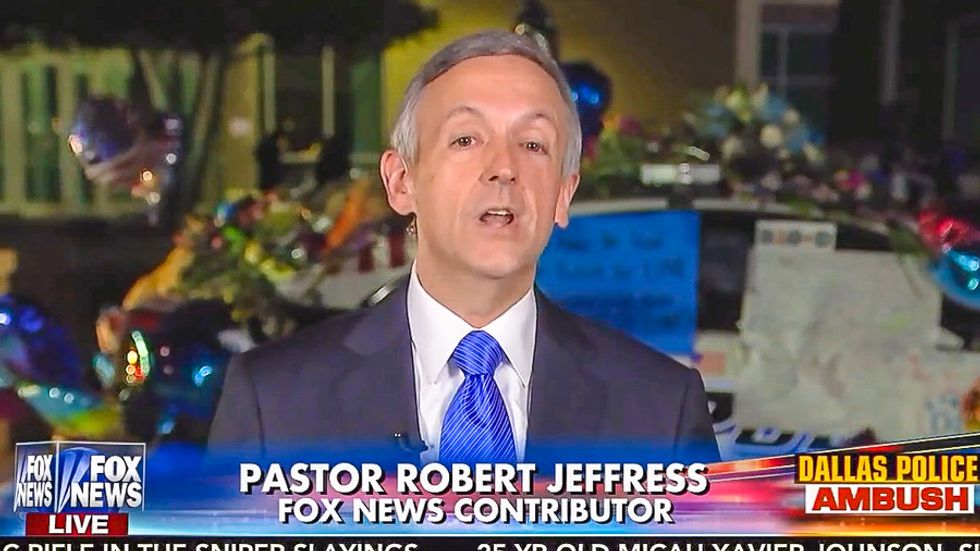 Texas megachurch pastor Robert Jeffress, a paid Fox News contributor, asserted on Wednesday that President Donald Trump's immigration plan is supported by God, who he said is "not necessarily an open borders guy."

During an interview with Fox & Friends, Jeffress partially agreed with a group of evangelical pastors who asked Trump to make "Christian compassion" a key part of his immigration reform plan to ban so-called Dreamers. But the Texas pastor also said that God likely disapproved of people who violated U.S. borders.

"I mean, Jesus said we're to love our neighbors as ourselves and that our neighbors are not just people like us, but people different than us," Jeffress said. "But while Christian compassion is one consideration, it's not the only consideration in the immigration problem. I mean, the Bible also says that God is the one who established nations and its borders."

"God is not necessarily an open borders guy, as a lot of people would think that he is," he added. "And thirdly, the Bible says God has ordained government to protect its citizens. So when you are talking about a Biblical solution to immigration, yes, we need to talk about compassion, but we need to balance that with government's real responsibility to protect its citizens."

According to Jeffress, the pastors were wrong to "lean on the side of compassion and [they] don't balance it like it should."

"I think these leaders and the pope are sincere, but they're sincerely confused about the difference between the church and government," he argued. "And so I think we need to keep those roles distinct."

Watch the video below via Media Matters.