GOP suffering from 'Stockholm syndrome' and are twisting themselves in knots to justify Trump: report 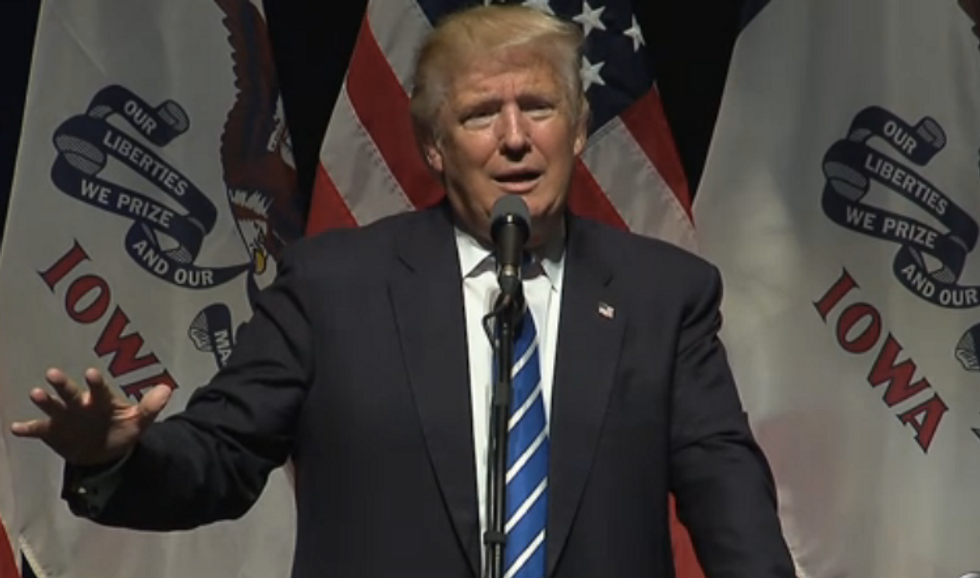 Tina Nguyen at Vanity Fair wrote that the battered and gaslit GOP is beginning to suffer from Stockholm Syndrome, the inexplicable bond that sometimes forms between hostages and their captors.

“I have no way of divining his motives,” said Sen. John McCain (R-AZ) to The Washington Post in the wake of the decision. “I’m a pretty intelligent guy, but I don’t understand this.”

Republicans went into negotiations hoping to block Democrats from raising the debt ceiling to keep the government funded through December, worried that a successful deal would give Democrats the power to reauthorize Deferred Action on Childhood Arrivals (DACA) protections for people brought to the U.S. as undocumented children.

One Republican told Jonathan Swan at Axios that the Democrats "bluffed their way into total victory" and worried that "DACA will be reauthorized without strings" and than an emboldened Schumer has "inserted himself into all the negotiations in the winter, including tax, spending, and immigration.”

“It’s just a betrayal of everything we’ve been talking about for years as Republicans,” complained former Sen. Jim DeMint (R-SC).

“The president of the United States just handed a loaded gun to Nancy Pelosi and Chuck Schumer,” said a Republican aide to Politico.

Meanwhile, Trump has been enthusing to Pelosi and others that "(t)he press has been incredible” about the deal, much to Republicans' chagrin.

Breitbart.com editor-at-large Joel Pollack tried his best to read the tea leaves, but was left arguing that "Trump has long warned that he would work with Democrats, if necessary, to fulfill his campaign promises. And Wednesday’s deal is a sign that he intends to follow through on that threat."

“The only way to stop him is for Republicans to unite," Pollack fretted. "By showing he can deal with Pelosi and Schumer, Trump may have found the one way of making them do so.”

And while it would seem the obvious target for Republicans' ire would be the president, Nguyen noted they mainly seem to be coalescing around rage directed at Speaker of the House Rep. Paul Ryan (R-WI), who they see as insufficiently conservative and not devoted to Republican values.

"The president not only took RINO Ryan to the woodshed, but eliminated any need for any Republican to ever pretend again that Ryan is a real Republican in any way—or that any RINO has a political future after Mr. Trump booted the hapless fool of a speaker out of the way of those trying to get the nation’s business done," said Lou Dobbs.

Far-right Republican Rep. Mark Meadows (NC) -- leader of the House's Freedom Caucus -- excused Trump by saying he was left with a choice between "no deal and a bad deal" and chose the only option he could.

"That’s not exactly true: Ryan and McConnell reportedly laid out at least two different options for Trump. Multiple accounts of the meeting suggest that the Republican leaders proposed an 18-month debt ceiling hike, then floated a 6-month extension, but Trump instantly agreed to the Democratic counter of a 3-month deal, interrupting his own Treasury secretary in the process," said Nguyen.

It demonstrates, she said, "how the conservative movement has contorted itself to accommodate Trump’s politics, redefining Republicanism as whatever best serves the president’s interests in the moment."