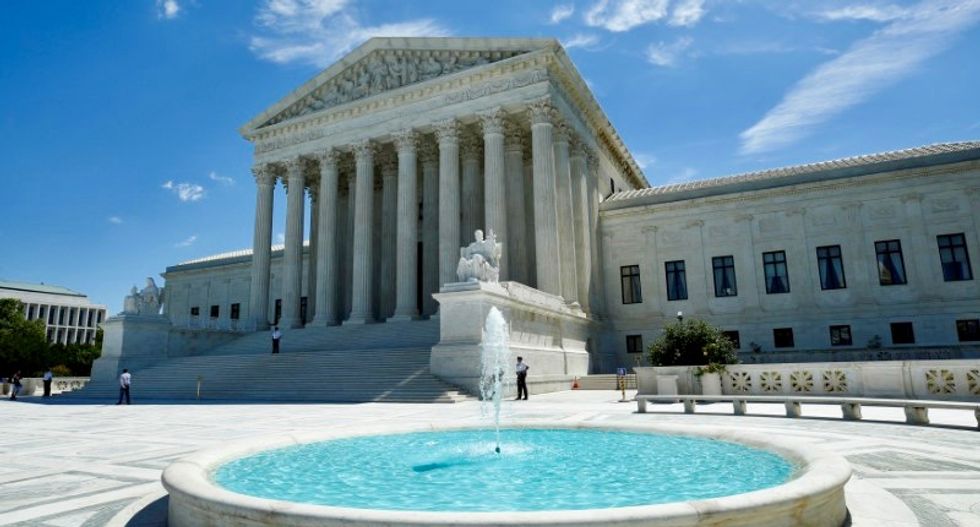 The state of Hawaii on Tuesday asked the U.S. Supreme Court not to lift curbs imposed by a lower court on President Donald Trump's ban on most refugees entering the United States.

Hawaii's filing came in response to a Trump administration request filed on Monday seeking to block the lower court's decision last week that loosened the Republican president's ban by allowing entry to refugees from around the world if they had a formal offer from a resettlement agency.

Lawyers for Hawaii said it would be inappropriate for the high court to second-guess the San Francisco-based 9th U.S. Circuit Court of Appeals ruling.

The U.S. government can still "bar tens of thousands of refugees from entering the country," Hawaii's lawyers said. All the lower court ruling did is "protect vulnerable refugees and the American entities that have been eagerly preparing to welcome them to our shores," the state's lawyers added.

On Monday afternoon, Justice Anthony Kennedy temporarily prevented the appeals court ruling from going into effect while the nine justices considered the administration's request. A decision could come at any time.

Without Kennedy's intervention, the appeals court decision would have gone into effect on Tuesday.

Under the appeals court ruling, up to 24,000 additional refugees would become eligible to enter the United States than otherwise would be allowed, according to the administration.

Trump signed an executive order on March 6 that banned travelers from six Muslim-majority countries - Iran, Libya, Somalia, Sudan, Syria and Yemen - for 90 days and locked out most aspiring refugees for 120 days in a move the Republican president argued was needed to prevent terrorist attacks.

The Justice Department opted not to appeal another part of last Thursday's ruling that related to Trump's ban on travelers from the six countries. The 9th Circuit ruling broadened the number of people with exemptions to the ban to include grandparents, aunts, uncles and cousins of legal U.S. residents.