'He treated them like crap': Former employee warns Trump not to expect loyalty from Spicer and Priebus 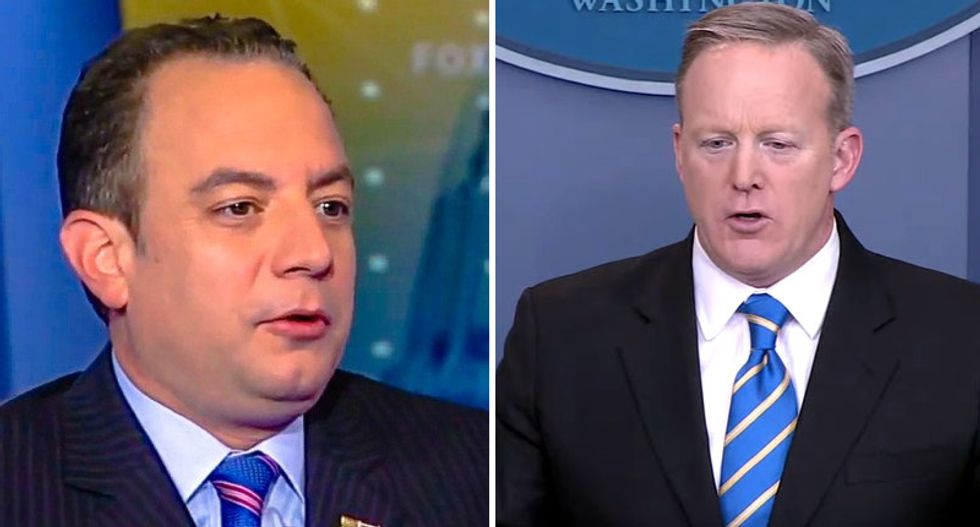 As special counselor Robert Mueller continues his research into President Donald Trump's Russia problems, many in Washington are wondering if his former aides are going to sell him out.

A Tuesday report from Politico cited many in Washington saying that former press secretary Sean Spicer and former Chief of Staff Reince Priebus would never sell out their former boss. One woman disagreed, however.

Barbara Res worked as a construction executive for the Trump Organization and worked directly under Trump. She said that she didn't understand the loyalty oath staffers may have taken.

“Why should they be loyal to him?” she wondered. “He treated them like crap.”

“The lesson to be always learned is loyalty is one thing, but are you prepared to go to jail for it?” he said. “The answer to that question should be no.”

Mueller’s investigation has moved forward and now includes Trump's family, particularly since the discovery that Donald Trump Jr. participated in meetings with Russians on behalf of the Trump campaign. His son also has the misfortune to have knowledge about the historic dealings between the Trump Organization and Russian investors.

There is a precedent of aides who protect their boss, however. I. Lewis “Scooter” Libby, Vice President Dick Cheney’s chief of staff, was convicted of lying to a federal officer as part of the Valerie Plame scandal. Even former President George W. Bush assumed that Libby was protecting his boss.

“What I always tell clients is you can’t protect anybody. You can only hurt yourself,” said a lawyer representing a someone involved in the Russia probe. The attorney went on to note that those staffers trying to protect Trump will end up raising suspicion that they're involved in a cover-up. Ultimately, it could make matters "worse for everybody."