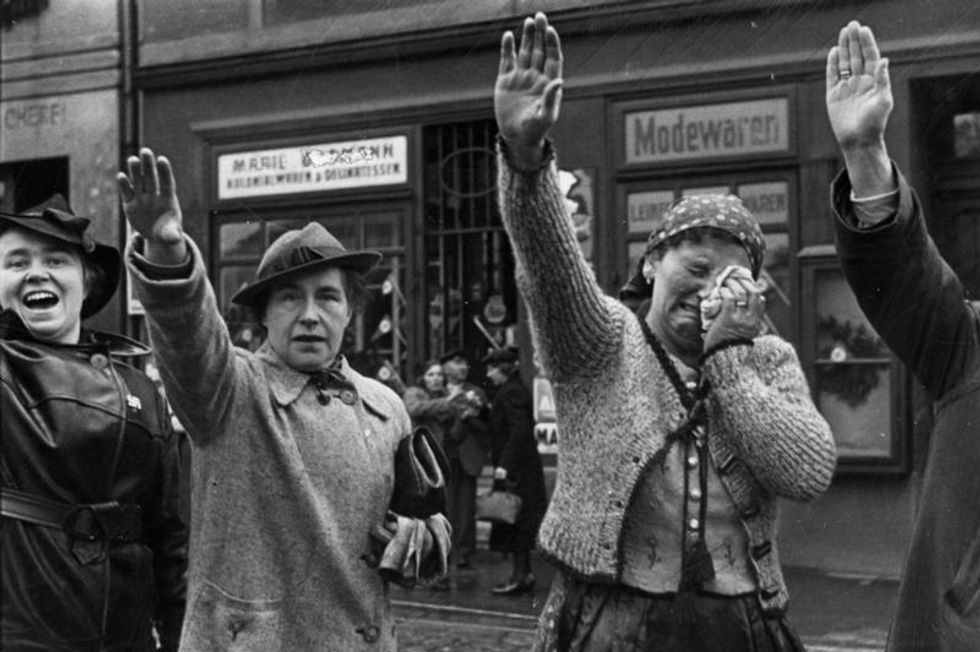 A Georgia, Vermont substitute teacher has been fired after years of service after explaining how to salute like a Nazi to third-graders on their way to the cafeteria.

According to Seven Days, the teacher -- identified as a "long-term substitute" by Franklin West Supervisory Union Superintendent Ned Kirsch -- was dismissed after the children were seen giving the Nazi salute as she instructed them on the proper form.

"The children were standing with their arm out in front of them and the teacher was modeling the position," Kirsch wrote in a letter of apology to parents of children attending Georgia Elementary & Middle School. "She then raised her arm slightly and said, 'And now we say, Heil Hitler.'"

"It's not a pattern; [I] never had a report about her, nothing. No one can quite understand what happened," Kirsch said in an interview with Seven Days, adding, "I'm at a loss on the whole thing. People are shocked. People I've spoken to are at a loss for words."

According to the superintendent, the teacher was dismissed immediately and that she would, not return to the school where she was recently filling in for another teacher out on maternity leave.

Kirsch also added that he had never heard any complaints about the teacher previously.

"This incident was completely unacceptable and I apologize," Kirsch stated.