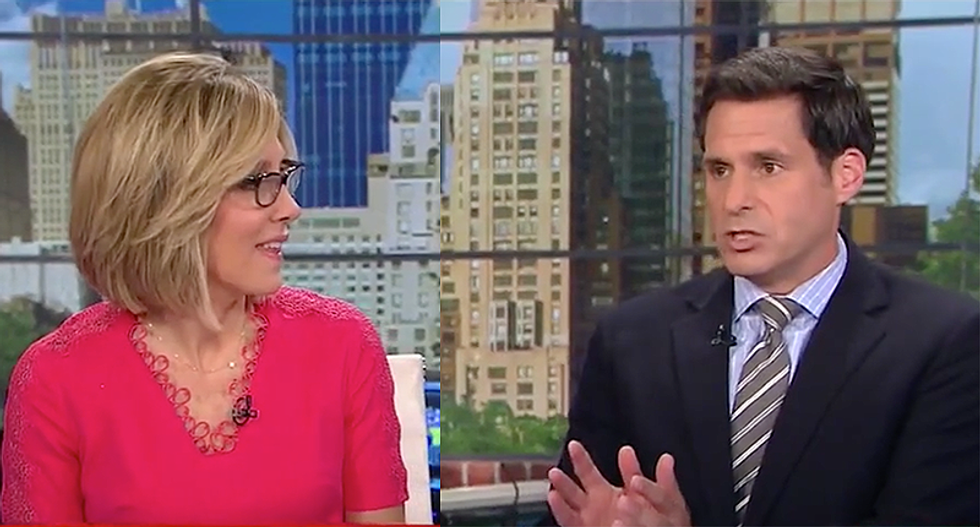 Donald Trump will always be the Biff Henderson of the White House, according to a Monday morning CNN panel discussion on the president's weekend Twitterstorm.

During a "New Day" panel, host Alisyn Camerota brought up the video Trump posted of himself hitting a golf ball that hit former rival Hillary Clinton in the head.

"I just don't even know," she confessed. "I'm sure the White House will say this is just a joke. 'It's just a joke.' But the interesting thing about jokes is they're usually funny. This is just weird and juvenile and everything else."

She went on to say that it isn't exactly presidential.

"If Abe Lincoln had Twitter, he would have done the same thing," joked Daily Beast editor John Avlon. "I'm kidding, obviously. The point is that Twitter-Trump is the real Trump. The president is attracted, at early morning hours, to juvenile videos that often involve violence to his enemies. This may be a 'hey, can't you get a sense of humor' aspect. The fact that the account that tweeted it out had unsavory history."

"The name itself is disgusting!" exclaimed Camerota.

"This just shows where the president's at, sort of high school bully level humor," Avlon continued.

Host John Berman, filling in for Chris Cuomo, said that it seemed like a "former high school football player" who can't stop reliving his "old glory" days. " It seems all he wants to talk about whenever he can is the fact that he beat Hillary Clinton in the election."

RealClearPolitics editor A. B. Stoddard explained the president had a "tough week with the base" and is "worried about blowback on that from Breitbart News," so he beat up on Clinton because his fans like it.

"But behind the scenes people will tell you in White House discussions in private, he still brings up his victory for a reason why he than on decision making in private small settings," Stoddard revealed.

'He'll always be the high school bully': panel... by sarahburris