Hoping to change his luck in Congress, Trump turns to Democrats 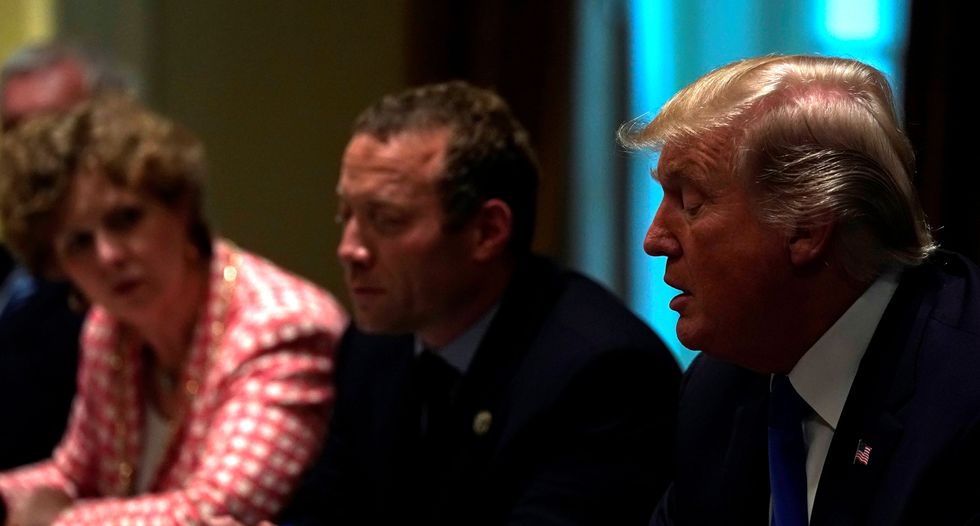 By James Oliphant and Roberta Rampton

WASHINGTON (Reuters) - Fresh off striking a budget deal with Democrats, Donald Trump is toning down his rhetoric and looking to cut deals on such American hot-button issues as immigration and tax reform in search of a much-needed legislative victory.

Eight months in office, the Republican president is openly courting and pressuring Democrats for support on taxes and, for now at least, steering away from hardline positions on immigration that might antagonize them.

The approach is still in its early stages. In the past Trump has briefly taken a more moderate direction only to quickly return to his conservative base. But White House aides say the driving force behind the change of tactics is a desire to secure some wins in Congress after months of failure.

Internal squabbling among Republicans, who control both chambers of Congress, killed their efforts to overhaul healthcare. The divisions threaten to undermine the push for a tax overhaul, especially in the Senate, where Republicans hold a narrow 52-48 majority.

“We learned this summer that keeping 50 or 52 Republicans (in the Senate) is not something that’s reliable,” Marc Short, Trump's liaison to Congress, told reporters this week.

Frustrated with Republican leaders, Trump is moving away from a strategy that relies on passing legislation on strict party lines.

Hours before the dinner, Trump told reporters his tax plan might include a tax increase on the wealthy, a welcome gesture for Democrats, who oppose cutting taxes on the rich.

Last week Trump went so far as to take Democratic Senator Heidi Heitkamp along with him to her home state of North Dakota for a tax-reform rally. Her state leans strongly Republican, and Heitkamp is seen as vulnerable in next year's midterm elections.

Hurricanes that struck Texas and Florida have forced Trump to focus on governing. He has petitioned Congress for financial aid backed by both parties.

But not everyone has been pleased with Trump's outreach to Democrats.

Immigration hardliners, including some in his party, were furious when the White House said it would not insist on funding for a proposed Mexican border wall as a condition of legislation that would help young undocumented immigrants known as "Dreamers" who were brought to the United States as children.

Conservatives said this forfeited some leverage.

Mark Krikorian, executive director of the Center for Immigration Studies, which seeks to limit legal and illegal immigration, said he worried that Democrats would take advantage of Trump's eagerness to strike a deal on Dreamers.

“Trump is the kind of guy who goes on foot to the car dealership and can’t get a ride home without buying a car,” Krikorian said.

Some Republican lawmakers said Trump's courtship of Democrats on tax reform made them nervous, especially since details of the plan had yet to be worked out.

"Now Trump is talking about doing bipartisan stuff with Chuck and Nancy on taxes,” Republican Representative Dave Brat said. “I don’t want to open the door to that until we see what does this tax plan look like.”

But some conservatives said a bipartisan legislative strategy made sense.

“People inside the Republican party need to understand that the president has to search wherever the votes are,” said Matt Schlapp, chairman of the American Conservative Union.