Hurricane Irma: What you need to know 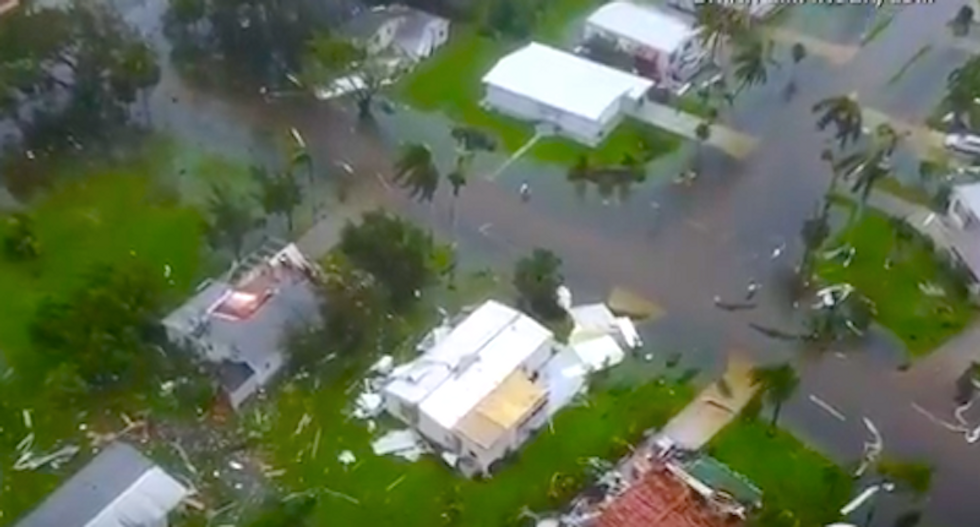 Hurricane Irma has weakened after cutting a path of destruction through the Caribbean and Florida, but it's still threatening more devastation as it heads toward Georgia.

The hurricane was downgraded to a Category 1 storm on Monday, as it moved north of Tampa at 18 mph with sustained winds of 75 mph, reported USA Today.

How much damage has the hurricane caused?

At least five deaths in Florida have been blamed on Irma, and at least 20 have died since the hurricane first hit land in the Caribbean Sea as a Category 4 storm.

Nearly 60 percent of all Florida electricity customers were left without power, affecting about 5.8 million accounts, and some outages could persist for weeks or even months.

Storm surges, especially after the early morning high tide, were expected to bring up to 15 feet of water flooding inland in the Tampa area.

Where is the hurricane headed?

The Category 1 storm continues to lash northern Florida, but it will weaken to a tropical storm Monday afternoon after it crosses the state line into Georgia.

The Ohio River Valley could experience heavy rain, flooding, strong winds and other damage associated with the storm Wednesday and Thursday.

How many people were evacuated?

About 6.3 million people, more than a quarter of Florida's population, left their homes in one of the largest evacuations ever ordered in the U.S.

Another 54,000 people were directed to leave coastal areas in Georgia, where storm surges up to 6 feet could drench cities such as Savannah.