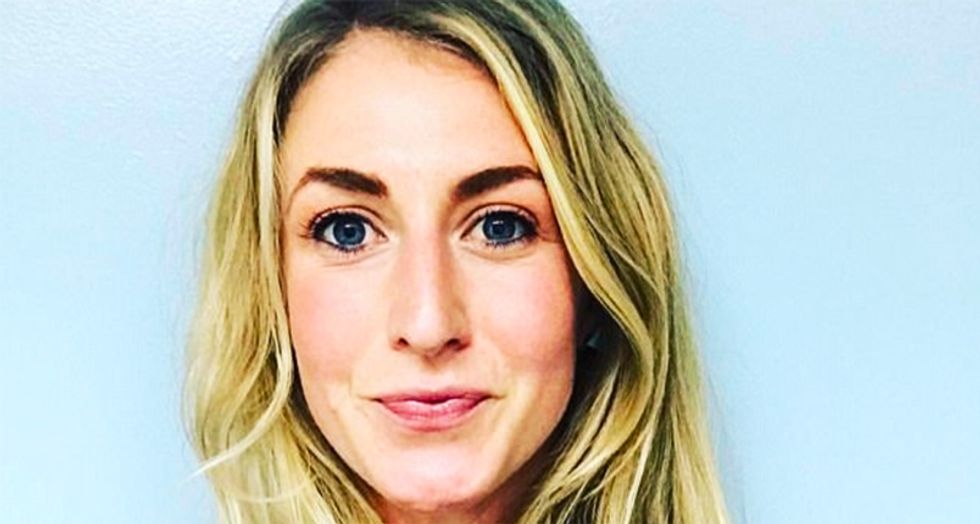 An Oakland woman disrupted her own armed mugging while traveling on mass transit by first "freaking out" then recalling something she saw on the popular television show Law & Order.

According to the San Francisco Gate, 32 -year-old Julie Dragland of Oakland was sitting in a BART train when someone seated behind her dropped a note in her lap telling her she had two guns pointed at her, and" If you want to live, hand over your wallet and phone now and do not turn around and be descreet [sic]."

"When I read the note, I started freaking out,” Dragland explained. “I did not want to give up my stuff, but I had no idea who was behind me.”

According to the woman, she then remembered something she saw on Law & Order and she improvised -- by faking a seizure that drew the attention of other passengers.

"I probably looked very ridiculous,'" she recalled. "I slumped sideways and started shaking and crying. I closed my eyes and increased the vigor so people would pay attention. I think it had something to do with watching a lot of 'Law & Order.' I think I saw that in an episode. I was very impressed with myself."

According to Dragland, when another couple came to her aid, she passed them the note, but her assailant -- who she believes was a woman carrying a suitcase -- slipped off the train at the next stop.

A police spokesperson stated that they are looking at close circuit video in an attempt to identify the would-be robber.