In censoring a ‘Queer Museum,’ Brazil edges closer to authoritarianism

An art show has become Brazil’s latest political battleground. For those who didn’t get to see the 270 LGBTQ-themed works that comprise “Queer Museum,” good luck: You may never see them. The exhibition, until recently on display at the Santander Cultural Center in Porto Alegre, was abruptly closed on September 10, fully one month early.

The Spanish bank pulled the plug in response to a national campaign waged by the Movimento Brasil Livre (Free Brazil Movement), a right-wing pressure group that accused the sexually explicit, gender-bending material of promoting blasphemy, pedophilia and bestiality.

“We understand that some of the works of the Queermuseu disrespect symbols, beliefs and people, which is not in line with our worldview,” the Santander Cultural Center said in a statement, using the Portuguese-language name of the exhibition. “If art is not capable of generating inclusion and positive reflection, it loses its greater purpose, which is to elevate the human condition.”

The exhibit’s closure is only the latest conservative coup in a country that has been tacking markedly rightward since 2013.

The impeachment of the democratically elected Workers Party president Dilma Rousseff in September 2016, which many saw as an unconstitutional ouster, marked a turning point in Brazil’s strained and polarized politics.

In bowing to reactionary pressure, Santander has turned Porto Alegre, once a bastion of left-wing politics, into yet another site of protest and partisan divide.

Under the conservative and scandal-beset government of President Michel Temer, the evangelical-dominated Congress has criticized the freedom of expression, stacked the judiciary in its favor, sought to curtail women’s rights and slashed budgets.

Now, conservatives have set their sights on art, in a moral crusade with distressingly fascistic undertones. As discussed in my book, “Como conversar com um facista” (How to talk with a Fascist), the combination of unfettered sex and art is often a focal point for authoritarian regimes and autocratic-leaning leaders. 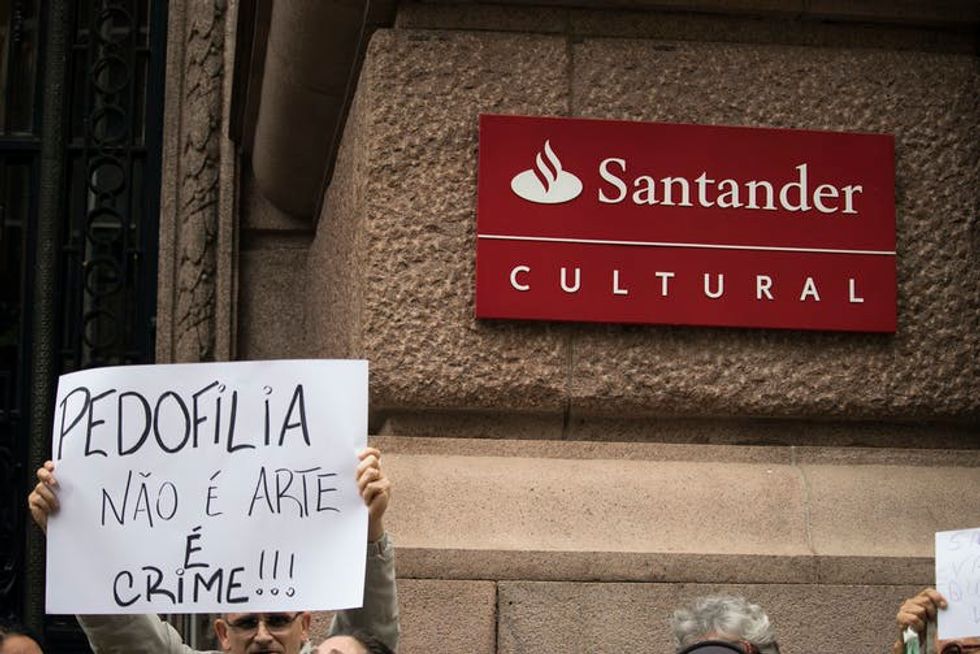 A protester proclaiming that ‘Pedofilia isn’t art, it’s a crime!’ queries the reasons for the Queermuseu exhibition’s shuttering.

Hitler, himself a frustrated artist, understood that to create a Nazi aesthetic, his political movement would also need art – also known as propaganda. But first he had to tame artistic production in Germany, making most other art seem like the work of crazy, immoral and evil people.

In 1999, artist British artist Chris Offili’s controversial “Holy Virgin Mary” caused a Queermuseu-like commotion in New York City. In it, a black Virgin is surrounded by pornographic clippings and has elephant dung in place of one of her breasts.

New York’s Republican mayor, Rudolph Giuliani, called the piece “sick stuff.” Citing Christians offended by this portrayal of a holy figure, he famously threatened to evict the Brooklyn Museum if it didn’t pull the plug on the show.

Art is open to interpretation, of course, but this “interpretation” is totally unfounded. Da Cunhua’s show critiques the violent consequences of machismo culture. It is only one piece that includes the word “pedophilia.” This must be what angered the conservative politician, because it is literally the show’s only pedophilia reference.

Fascism on the rise

The Queermuseu controversy reopens an age-old debate: What is the social function of art? For the Free Brazil Movement, evidently, art exists to reinforce social norms about human sexuality.

I disagree on the merits, but I also think this utilitarian query is entirely the wrong question. Why should art be assessed based on society’s preconceived – and often politically motivated – moral and aesthetic values?

Reversing the question is more revealing. Rather than ask what art’s social function is, why not query the social role of groups that, like Free Brazil, censor art?

This reframing exposes why fascist movements have always sought to quash art when it makes people think. To better manage citizens’ desires – including the desire to push back against political overreach – authoritarian states must repress analytical and critical thinking. It happened in Hitler’s Germany, Franco’s Spain and Mussolini’s Italy. Sadly, it seems Brazil has now arrived at this point.

But desire only intensifies when it can’t be satisfied. Since the Queermuseu debacle, Brazilian social media has gone wild, with users flooding Facebook (Brazilians’ most beloved network) and Twitter with images from the show and other works of art sure to offend the sensibilities of the anti-Queer Museum crusaders.

The attempted censorship of da Cunha’s MARCO exhibition has also set social media ablaze, as art critics decry the aesthetic and mental deficits of the public officials who, they say, have confused art with propaganda. 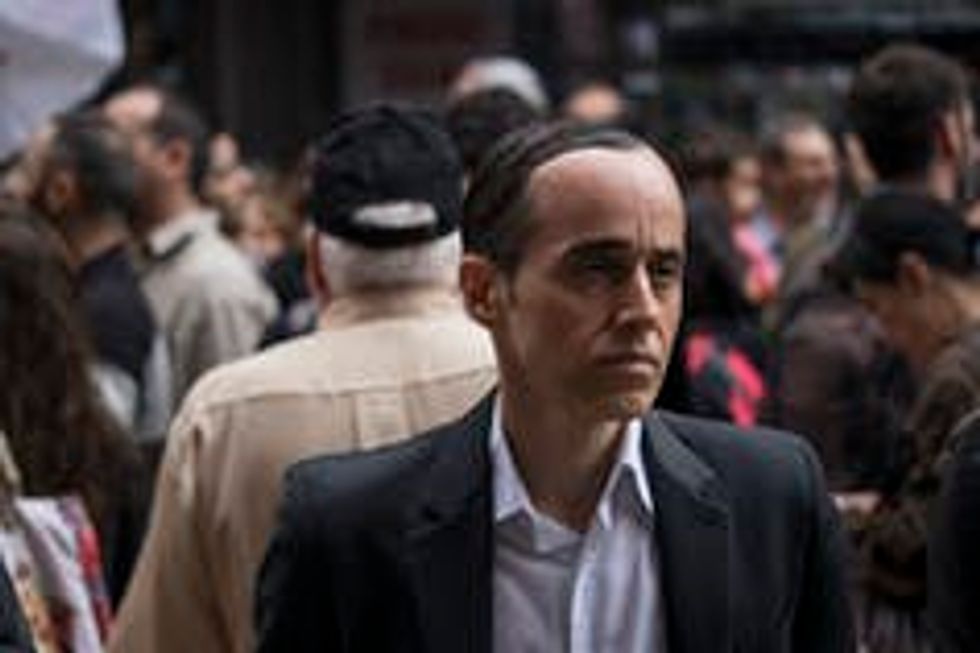 I don’t know if Gaudêncio Fidelis, a respected curator in the Brazilian art world, envisioned any of this when he assembled this show. Could he have imagined that even marquee names like Adriana Varejão, Cândido Portinari and Lygia Clark would prove unable to survive Brazil’s rough political climes?

It is worth noting here that Queermuseu was opened in the context of extremely high rates of hate crimes against LGBTQ people in Brazil. When even art shows on sexual diversity become intolerable, it shows just how deeply ultraconservatism has penetrated Brazilian society.

As the late Harvard Professor Arthur Danto affirmed, art is the “transfiguration of the commonplace,” the object that makes visible what is often dismissed as normal or swept under the rug. In this case, I would argue that Queermuseu shines a light on Brazil’s insidious slide toward fascism. That makes art an elementary form of resistance. And, clearly, Queer Museum came not a moment too soon.