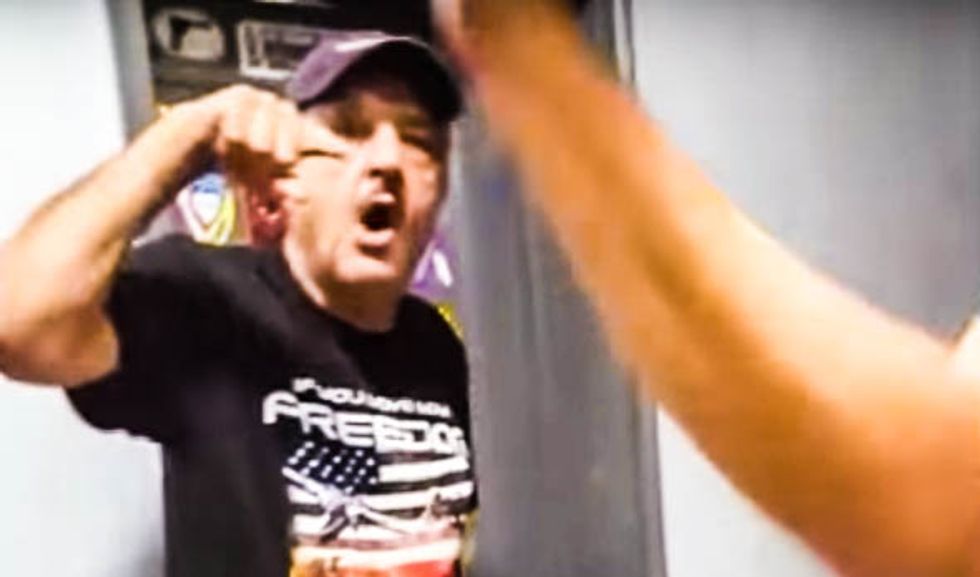 Neal Milano, a property manager who became notorious for hanging up Nazi posters in the lobby of his 47-unit condominium in Queens, has been arrested for stalking and harassing a female resident.

Local news station NY1 reports that Milano was arrested "over a stalking complaint that one of his residents filed" -- and what's more, it seems that "police are taking away Milano's gun permits and any potential weapons."

Milano -- who regularly drew complaints from residents for putting up right-wing propaganda posters that supported President Donald Trump, Nazis, and the Confederacy -- allegedly followed one of his residents around, and also allegedly grabbed her and verbally abused her multiple times over the past year.

Queens Councilman Jimmy Van Bramer, who has tried pressuring Milano to remove Nazi posters from the lobby of the condo, expressed relief that Milano was finally arrested for alleged abusive behavior, as he said that multiple tenants had complained about similar behavior from the property manager in the past.