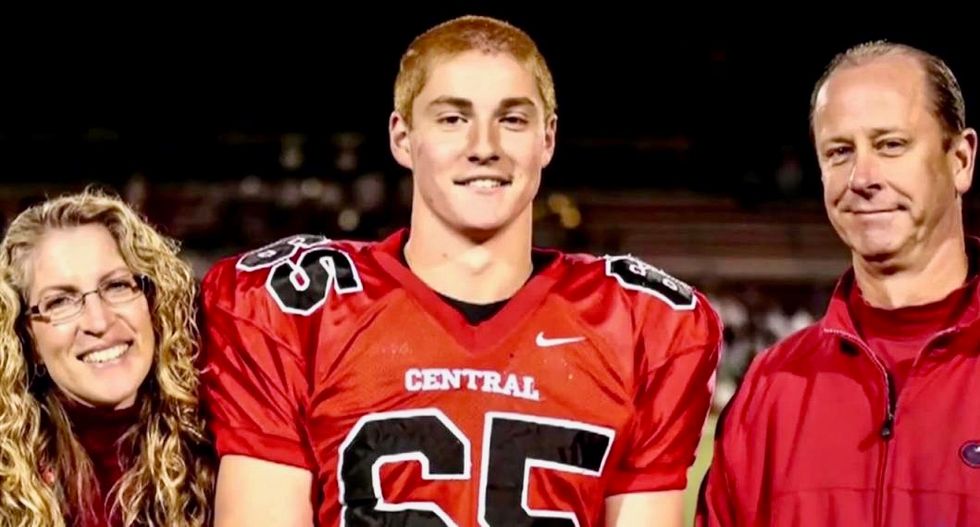 A judge on Friday threw out the most serious charges of involuntary manslaughter and aggravated assault filed against 16 Pennsylvania State University fraternity members in the alcohol-fueled hazing death of a 19-year-old prospective member.

Members of the Beta Theta Pi fraternity still face lesser charges in the death of Timothy Piazza, who died on Feb. 4 after playing a drinking game at the fraternity house near campus in State College, Pennsylvania.

The felony charges against those members, including fraternity president, Brandon Young, could have resulted in many years in prison. The other defendants were charged only with misdemeanors.

Four people who faced single counts were dropped from the case altogether as a result of Friday's ruling.

Piazza, a student from Lebanon, New Jersey, died two days after he attended a party that featured a drinking game called "The Gauntlet." Piazza suffered fatal injuries after drunkenly falling several times, including twice down a flight of stairs.

Prosecutors say the fraternity brothers failed to summon medical help for hours, despite obvious signs that Piazza was unwell.

It is relatively rare for a magisterial judge to decline to bind over a prosecutor's case for trial.

Defense lawyers have argued that their clients could not have reasonably expected that the drinking typically associated with a fraternity party would lead to someone's death.

A security camera captured much of the hazing, and the harrowing video has been played back in court during the hearing.