Kellyanne Conway slams Emmys for mocking Trump: 'You're showing world you're easy with an insult' 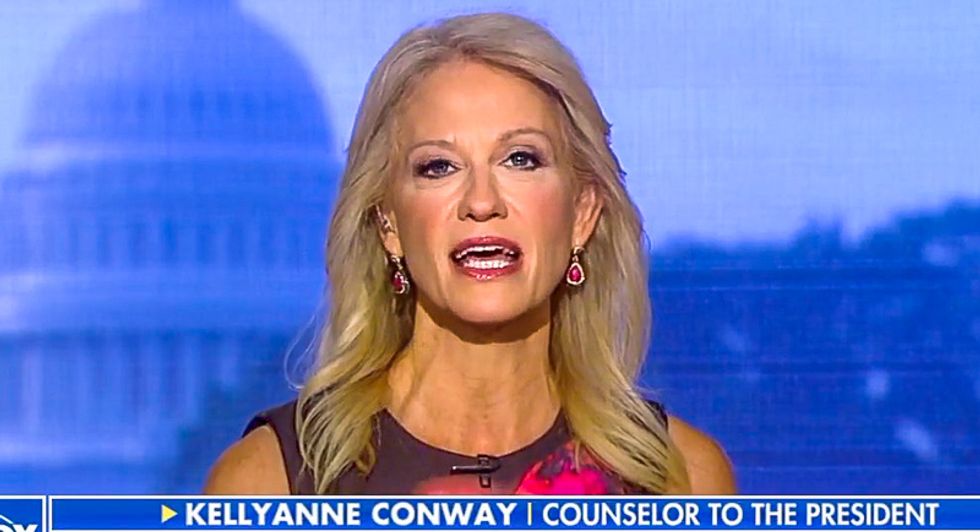 Kellyanne Conway, counselor to President Donald Trump, lashed out at the 69th annual Primetime Emmy Awards on Monday because the show took numerous shots at her boss.

During an interview on Trump's favorite morning show, Fox & Friends, Conway was asked to respond to the Emmys, which host Pete Hegseth called a "three-hour celebrity political rally."

"It's the sameness," Conway lamented. "They got plucked and polished and waxed and some of them didn't eat for two months. And all for what? To sound the same?"

According to Conway, actors should "read the stuff other people write for you" instead of expressing political opinions.

"People have the right to speak freely, that's very obvious," she continued. "But again, to what end?"

"You are showing the world that you're so easy with an insult about our leader," Conway complained. "I think that's really unfortunate."