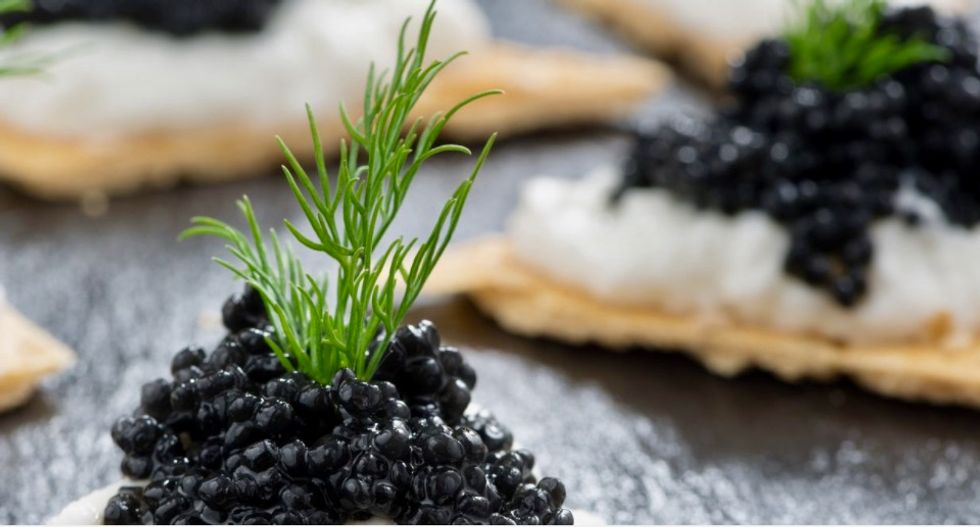 When the Arc of Palm Beach County rented Donald Trump’s Mar-a-Lago estate for its 2016 Cowboy Ball, the organization lured guests with promises of “a gourmet meal in a gilded ballroom, an exciting live auction, exhilarating casino action and mesmerizing entertainment.”

On the auction block to raise money to carry out its mission of assisting people with intellectual and developmental disabilities were yacht excursions, lunch with Bravo’s “Real Housewives of Miami” star Lea Black and a “power breakfast” during New York’s Fashion Week with a branding expert.

Why juxtapose calls to feed the hungry, house the homeless and cure cancer with champagne toasts and caviar hors d'oeuvres? As researchers who study charities, we understand why opulent bashes that raise money for good causes seem puzzling. These inherently contradictory events intended to help people in need double as vehicles for the rich and famous to show off their largesse.

Now that at least 25 nonprofits – including the Dana Farber Cancer Institute, the American Red Cross and the Palm Beach Zoo – have canceled plans to hold fancy fundraisers like the Arc’s and other events at Mar-a-Lago, we wanted to explore this ironic custom.

Since glitzy entertainment and swag are mainstays in the otherwise penny-pinching world of charity fundraising, nonprofits have long forked over as much as US$350,000 to hold galas at posh venues like Trump’s Florida home and club, which originally belonged to the Post cereal heiress Marjorie Merriweather Post. Are they worth the steep bill?

In a sense, the surprise isn’t that rich people shell out $1,000 per plate for the privilege of hobnobbing with celebrities and their wealthy peers. It’s that accounting, legal and other factors give often cash-strapped nonprofits an incentive to hold such expensive events.

Charities have learned the same lesson as casinos, which splurge on great food and booze to make gamblers spend more on betting. Posh entertaining can coax giving in ways that other fundraising methods, like mass-mailing appeal letters, can’t.

Galas combine what researchers call key determinants of giving: awareness of needs, a direct ask for assistance, the psychological “warm glow” of appearing generous and peer pressure. That, plus the throw-caution-to-the-wind mentality an open bar stocked with fine whiskey can bring on, is meant to goose generous gifts from wealthy donors.

In short, the more fun attendees have, the more they give. What’s more, peer pressure can boost fundraising when donors gather and try to one-up each other.

Where the IRS draws the line

But these events can also be wasteful.

Perhaps the biggest problem with galas is that they frequently fail to raise more money than they cost to throw or barely break even, many nonprofit experts find. In those instances, only the venues, the entertainers and other vendors profit financially. It is true that even when they don’t make a dime, events may generate intangible benefits, such as strengthening ties between nonprofits and their donors and raising a charity’s profile. But the point is that there are more economical ways to accomplish those goals.

Fancy fundraisers are a mainstay of nonprofit fundraising.

The first lines of defense in distinguishing real charity from partying while drawing attention to a good cause are legal and regulatory constraints. However, the IRS does little of this kind of policing, and its regulations are written and enforced in a way that encourages lavish events rather than discouraging them.

Federal tax law prohibits charities from operating businesses solely to deliver money to their particular cause. But U.S. tax regulations generally do not treat fundraising as a business – even when it looks a lot like a profit-making endeavor. When a nonprofit, say, sells trips to Paris to the highest bidder, the government sees this as just another way a charity raises money for its cause. Although it looks like forbidden for-profit activity, it doesn’t treat that nonprofit as a travel agent to penalize this businesslike behavior.

The IRS, however, might probe whether nonprofits that purchase goods and services from insiders – including board members – are overpaying them. That kind of practice would most likely violate both state charity law and federal tax law.

Ratings groups such as Charity Navigator and the Better Business Bureau have the power to exert some pressure to avoid wasteful charitable spending too. But the accounting reports that underlie their methods also encourage galas.

These accounting reports of charities split spending among three categories: programming, administration and fundraising. An organization that reports excessive spending on fundraising – especially relative to how much money it raised as a result – is a red flag for waste. However, this red flag is typically not raised for over-the-top entertaining.

The costs of a fundraising event attributable to things donors enjoy, including food, drink and auctioned items, don’t have to be recorded as fundraising expenses.

Instead they can, in accounting jargon, be “netted” against donations.

In other words, if a donor pays $1,000 to attend a gala but gets a swag bag of goodies that cost the charity $900, the event reflects a (net) donation of $100. It does not have to treat the $900 spent on the bag as a fundraising cost. That approach, in turn, helps keep the costs associated with throwing fancy galas under the radar of ratings agencies, since many of the costs are not considered fundraising expenses but instead are buried in the details.

And this routine accounting practice means that charities with incentives to be frugal are generally free to break the bank for special occasions.

The flip side of this is that donors who purchase European vacations at galas or enjoy fine dining and flashy entertainment at balls cannot deduct everything they spend for these events from their federal income taxes. Only the portion of those expenditures that exceed their fair market value are deductible.

Here’s the bottom line: While galas don’t automatically signal wasteful spending, you can’t count on the authorities or other experts to call it out when they do.

There are other options, such as holding “no-go galas” – a coordinated effort in which major donors give generously without having to get glammed up to see their money pay for champagne and lobster canapes. The St. Jude Children’s Research Hospital and the Metropolitan Interfaith Association in Memphis have taken this route, as has EAH, an affordable housing group active in California and Hawaii.

Instead of refusing to hold galas at venues with baggage, these nonprofits are simply letting go of this fundraising ritual.