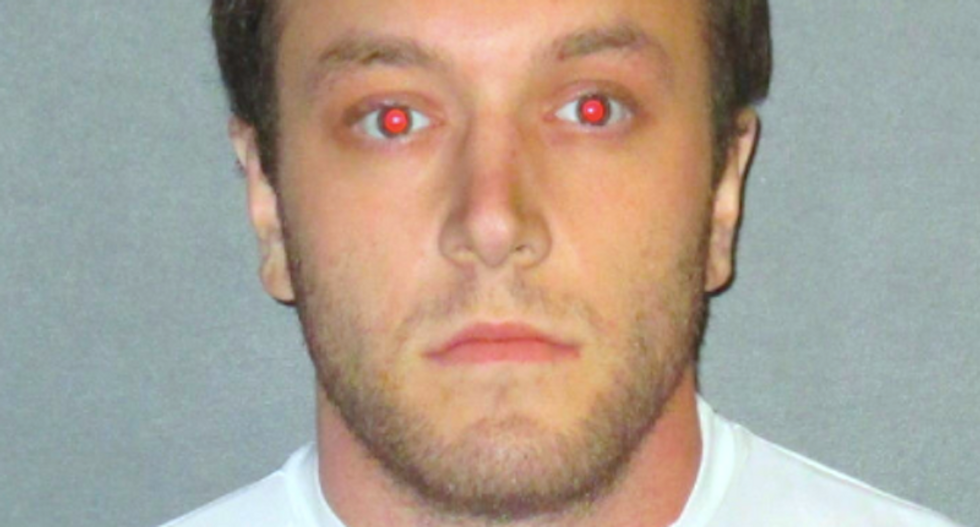 A Louisiana man charged in the random killings of two black men had a copy of a speech by Adolf Hitler in his home.

Kenneth Gleason was named a person of interest in two Baton Rouge homicides over the past week, and police said he would be booked Tuesday on two counts of first-degree murder, reported The Advocate.

The 23-year-old Gleason is accused of killing 59-year-old Bruce Cofield on Sept. 12 and 49-year-old Donald Smart on Thursday.

Police said the killings appeared to be racially motivated.

Gleason was taken into custody Saturday and questioned in the killings, and he was arrested on two unrelated drug counts.

Detectives said they found 9 grams of marijuana and human growth hormones at the home he shares with his parents.

Police said they didn't have enough evidence at the time to charge him in the killings, although he and his vehicle fit the suspect description.

He posted $3,500 bond and was released Sunday, but he was arrested again the following day for allegedly stealing The Hitchhikers Guide to the Galaxy from a bookstore.

Gleason posted $500 bond early Tuesday and released from jail, but police named him a suspect after his DNA was found on spent bullet casings in the homicide cases.

Law enforcement officials said a Hitler speech was turned up among Gleason's belongings during a search of his home.