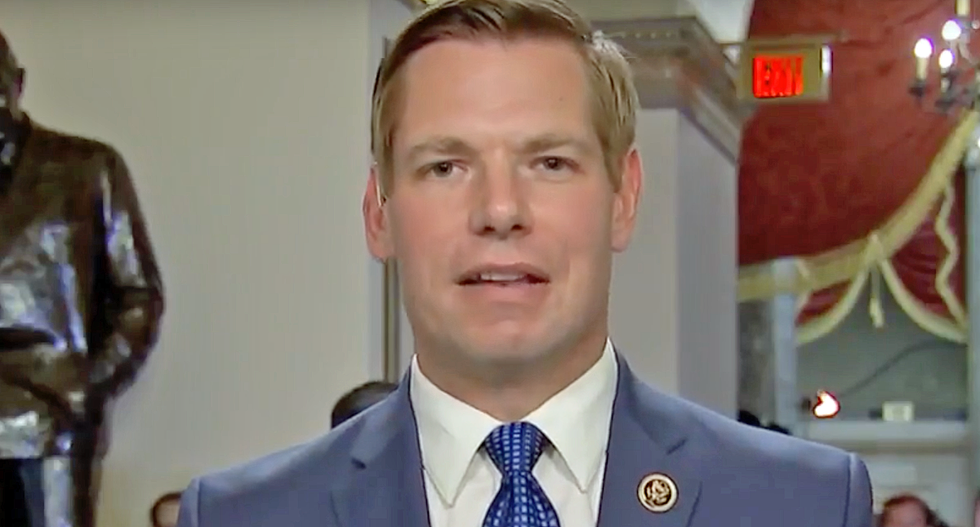 Congressman Eric Swalwell (D-CA) is a member of the House Intelligence Committee.

A member of the House Intelligence Committee told MSNBC host Chris Matthews that Chairman Devin Nunes (R-CA) is "obstructing" the investigation into Russian interference in the 2016 election.

"Are your Republican colleagues as in the know as the Russian Duma members are? Do they know what's going on or are they still denying it?" Matthews asked.

"Like Nunes, I don't know what he's up to, that guy," Matthews exclaimed. "He looks like such a homer for the Trump crowd in the White House."

Matthews then asked about Derek Harvey, a Mike Flynn loyalist who was ousted from the National Security Advisor was hired by Rep. Nunes, who chairs the House Permanent Select Committee on Intelligence.

"On our committee I have not seen the acceptance that Russia interfered with our election and we have a responsibility to do something about it," Rep. Swalwell noted.

Swalwell says that this isn't just about accountability for the 2016 election, but about deterring future election interference.

"Nothing sharpens the knives of the Russians more for a future attack than disunity among our investigation," Swalwell explained. "Nothing will strengthen our shield in a future attack than having a report that understands Russia, identifies who was responsible and makes reforms so it never happens again. We don't have that right now."

"Are you confident that your commmittee, the House Intelligence Committee, is going to break this case?" Matthews asked.

"It's troubling Chris, it's like watching your favorite football team complete a 20-yard pass and the next play, you have a 10-yard sack," Rep. Swalwell related. "That's what the obstructive behavior by the chairman does."

"I get the feeling that your chairman is hiring some Trumpster from the White House to help quash this investigation," Matthews noted. "That's what it looks like. Is that what's going on here?"

"He's being obstructive," Rep. Swalwell noted. "I don't know what his motives are, but it keeps us from being able to do our job."

"What do you think his motives are?" Matthews followed-up.

"He was on the transition team and I hope he left the transition team to lead the Intelligence Committee," Swalwell explained. "Our job is to report to the America people what we're doing to make sure this never happens again, and not to have an asterisk on our report."