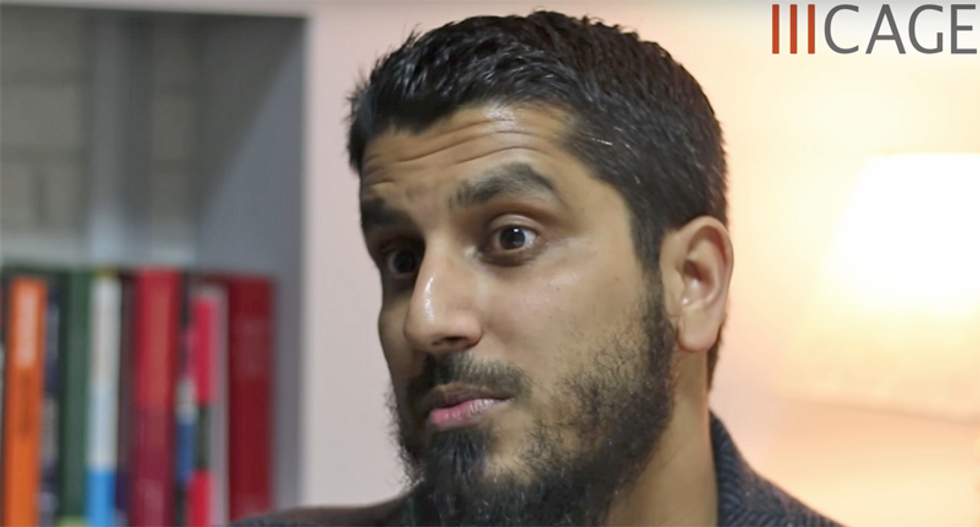 A Muslim human rights activist will finally get his day in court after being arrested for refusing to give counter-terrorism authorities passwords that would unlock files protected by attorney-client privilege.

Muhammad Rabbani is the director of CAGE, a British civil liberties organization that was founded in 2003 to protect detainees rounded up in the so-called Global War on Terror. Returning to London from a Gulf State after allegedly meeting a victim of US torture, Rabbani was detained at Heathrow Airport and then arrested for "willfully obstructing or seeking to frustrate a Schedule 7 search," The Intercept reports.

“If I were a John Smith – a white, middle-aged, liberal man – I think my chances of accessing justice would be much higher,” Rabbani told The Intercept. “The prevailing environment is one of suspicion of Muslims and I am the wrong profile. I have the wrong skin color, the wrong facial hair, and I work for an organization that politically from the perspective of the state is a bit of a pain for them.”

Beginning on September 25, Rabbani will get his day in court when his trail begins at the Westminster Magistrates Court in London.

Rabbani "had been meeting with an individual whom he says was previously detained by U.S. authorities and suffered 'years of torture' at the hands of his American captors" The Intercept reported.

"The person provided Rabbani with information about his treatment, including names of particular individuals allegedly involved in carrying out the acts of torture," The Intercept explained. "These details, Rabbani says, were provided on a confidential basis and were to be used by CAGE as part of a pending legal action against the U.S. government."

“I told them the info on there was confidential and sensitive – relating to vulnerable people,” Rabbani says. “But they ignored that. They said, ‘no, we have the power to take your devices and to compel you to give your passwords’.”

Rabbani has not been accused of any crime other than refusing to give counter-terrorism officers the passwords to his laptop and phone and digital records.

“How can a person’s privacy be invaded in this way when they are not accused or suspected of a crime?” Rabbani asked. “It is like a digital strip search.”

In reporting on Rabbani's trial, The Intercept revealed a never before published, classified document from Edward Snowden.

The document is from GCHQ, the British spy agency, and explains a data collection program code-named PHANTOM PARROT, which is party of the large LUCKY STRIKE surveillance system that contains one billion records.

The PHANTOM PARROT program was a central database of everything "downloaded from people stopped at U.K. ports (i.e. sea, air and rail)" according to the classified document.

"The GCHQ document, which has not been published before and is dated between 2009 and 2010, states that the data is considered to have been 'legally volunteered' under the Terrorism Act. However, it adds that the person searched 'will not be directly told their phone is downloaded.' Most of the data is derived from devices belonging to people who were stopped at the request of domestic spy agency MI5," The Intercept explained.

“It affects almost every Muslim in ever-increasing numbers who contemplates traveling. It is not just the sheer number of Muslims stopped but that the same people are stopped repeatedly," explained leading human rights solicitor Gareth Peirce, who is representing Rabbani in this case.

Rabbani has continued refusing to name his Middle East source, fearing for the contact and their family.