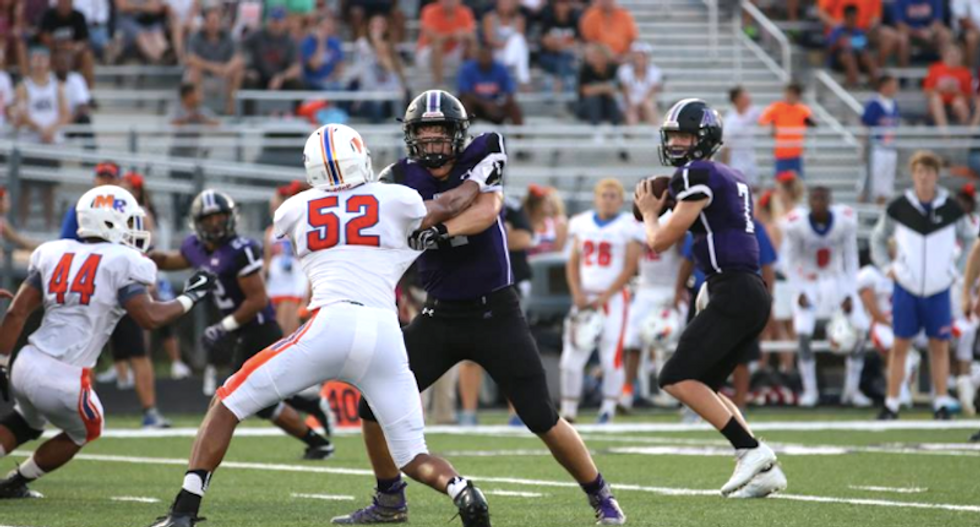 Students at a North Carolina high school could face disciplinary action after showing up drunk or high on drugs to a football game and hurling racial slurs.

“These actions will never be tolerated at Ardrey Kell and therefore had to be immediately addressed,” Switzer said in a message to parents. “While we are aware that it wasn't all of the student section, the actions of these students created an unsafe environment for everyone and action needed to be taken."

More than 200 students were asked to leave the section in the third quarter of a game against Hough High School.

Charlotte-Mecklenburg School District officials said students caught violating the code of conduct would be disciplined, but it's not clear what punishment they might face.

Parent Colin Schmitt said the incident reflected poorly on the school, and he expressed confidence that Switzer would hold students accountable for what he sees as foolish conduct.

"I think he did the right thing, these kids need to have consequences to their silly actions," Schmitt told WSOC-TV.

Ardrey Kell made international news in 2014 for a racist question on a genetics test, and the teacher apologized "if the question offended" parents or students.

"LaShamanda has a heterozygous big bootie, the dominant trait," the question read. "Her man Fontavius has a small bootie which is recessive. They get married and have a baby named LaPrincess."

"What is the probability that LaPrincess will inherit her mama's big bootie?" the question concludes.

Switzer asked parents to reinforce expectations laid out in the student code of conduct.

“These actions will never be tolerated at Ardrey Kell and therefore had to be immediately addressed,” Switzer told parents. “While we are aware that it wasn't all of the student section, the actions of these students created an unsafe environment for everyone and action needed to be taken."

Football player Caleb Stephens said he and his teammates were initially baffled to look up and see their classmates had been cleared from the stadium.

"We were on the field and all of a sudden we looked up and the student section wasn't there," Stephens told WBTV. "We heard there was alcohol and drugs going on. I think it's pretty sad, I guess -- disappointing for our school to be associated for things like that."