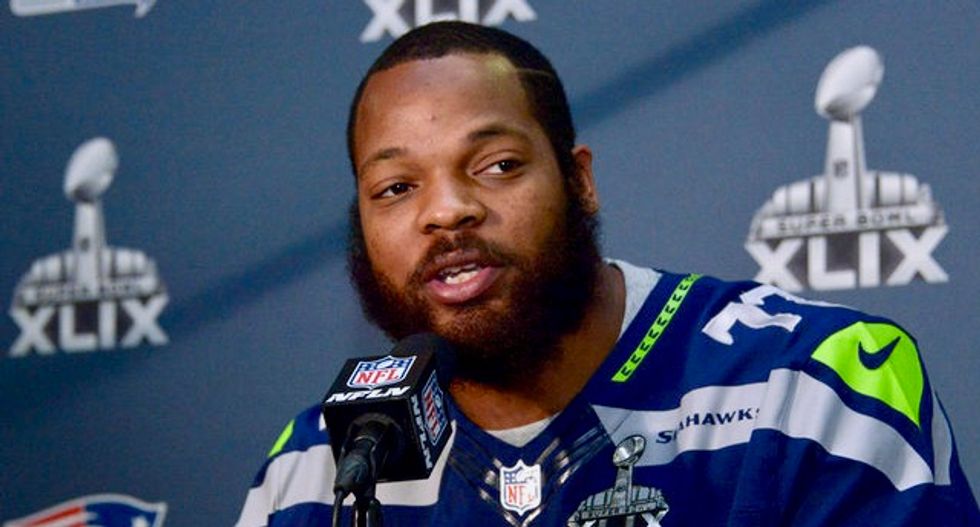 A black NFL player who has joined former San Francisco 49ers quarterback Colin Kaepernick protest of police brutality has accused Las Vegas police officers of threatening to kill him after mistaking him for a gun suspect.

The football player said he heard what he believed were gunshots after leaving the Aug. 26 fight, and he started running to safety.

The 31-year-old Bennett said a police officer drew a gun and ordered him to the ground, and a second officer kneeled on him before he was handcuffed and placed in the back of a patrol car.

“The Officers’ excessive use of force was unbearable,” Bennett wrote. “I felt helpless as I lay there on the ground handcuffed facing the real-life threat of being killed. All I could think of was, 'I’m going to die for no other reason than I am black and my skin color is somehow a threat.’ My life flashed before my eyes as I thought of my girls. Would I ever play with them again? Or watch them have kids? Or be able to kiss my wife again and tell her I love her.”

Bennett said the officer held a gun to his head and threatened to "blow my f*cking head off."

The player said the incident showed why protest of police violence was necessary.

“Equality doesn’t live in this country and no matter how much money you make, what job title you have, or how much you give, when you are seen as a N—–, you will be treated that way," he said.

Las Vegas police have not yet commented on Bennett's claims.

Police investigated a report of shots fired in the hours after the Mayweather-McGregor fight, but found no evidence of gunfire.

Instead, investigators believe the sounds were caused by large statues falling to the ground and breaking during a fight prompted by a man throwing out $100 bills on the Strip.