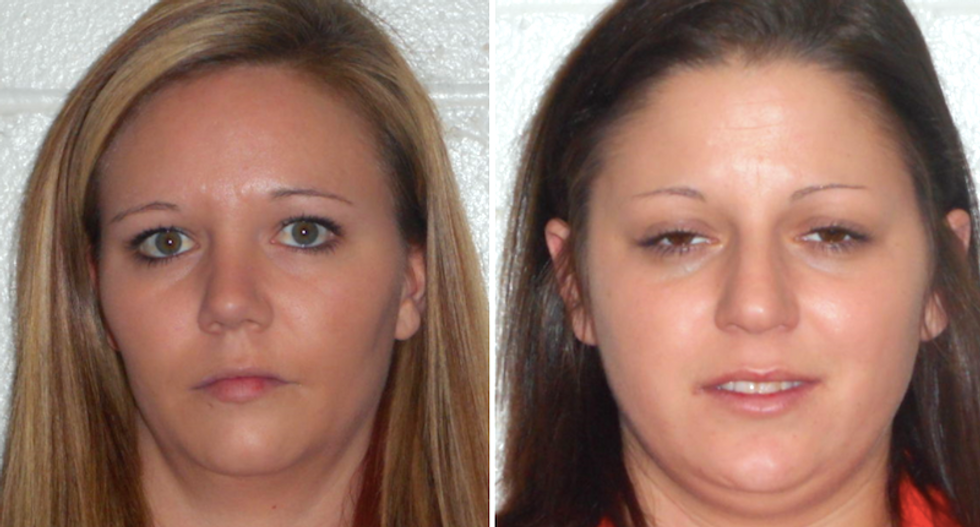 Two Oklahoma women were sentenced in the horrific and systematic abuse of a 5-year-old boy.

Rachel Jean Stevens, 29, and Kayla Ann Jones, 26, were each sentenced Tuesday to 20 years in prison for beating the boy so severely that he suffered two strokes, reported KFOR-TV.

The boy was airlifted in December 2015 to an Oklahoma City hospital, where doctors found multiple broken bones at different stages of healing, and they said he was malnourished and had lesions on his face.

The child was also suffering from seizures related to the abuse, investigators said, and he suffered two strokes at the hospital related to the trauma.

The two Muskogee women were charged with felony child abuse by injury and child neglect.

Investigators found the boy had been locked in a room and bound with duct tape over his eyes, and he told police that Stevens, his mother, and her girlfriend, Jones, had beaten him with a belt.

Police also said Stevens hit her son's hand with a hammer and that Jones kicked him in the genitals until he bled.

Another 5-year-old boy and a 7-year-old girl also lived in the home, but investigators don't believed they were abused.

The abused boy underwent extensive medical treatment after he was removed from the home, and the children were taken into custody by the Department of Human Services.

Jones and Stevens both pleaded no contest to child abuse and child neglect.