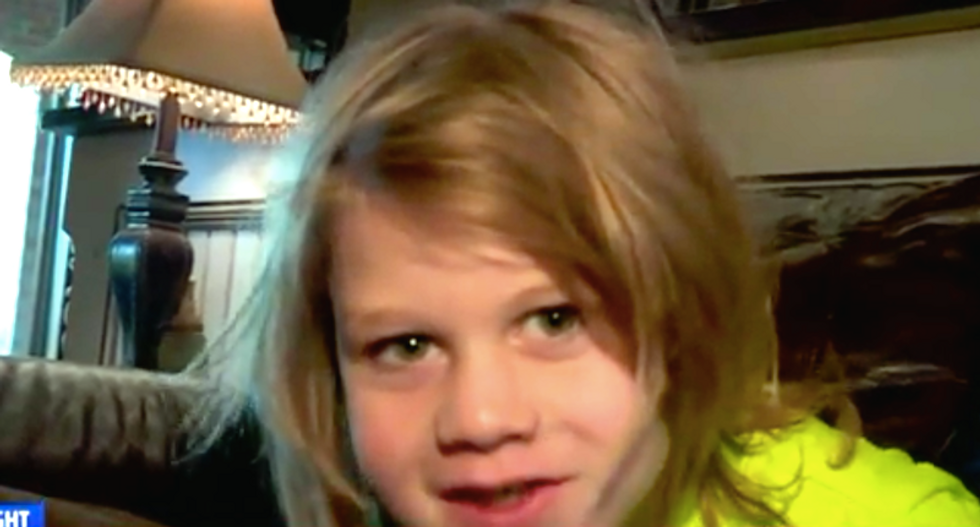 An Oklahoma father said his son's school failed to reassure him after locking his disabled son in a closet as punishment.

Nick Wynne is a first-grader at Mustang Creek Elementary School, where he's in a special needs class to help with his attention-deficit/hyperactivity disorder and possible autism-related issues, reported KFOR-TV.

But his family pulled him from class after learning about the "refocus room" where Nick and other students are placed, alone, after they misbehave or create a distraction.

"If they get in trouble, there's this refocus room that is legitimately the storage closet for the classroom that they put them in and lock them in until they consider them under control," said his father, Billy Wynne.

He recently learned that Nick had been placed in the refocus room multiple times since the school year began, and he said school officials brushed off his concerns.

"We told them, 'I kind of have a problem with this, what you're calling a refocus room, this closet,' and they're like, 'Don’t worry -- it rarely ever happens. We'll call and let you know if something does happen, and they have to go in there,’" Billy Wynne said. "No. Never. The first time it happened was the second week of school."

The school superintendent told the TV station the refocus room is used only with parental consent, but admitted communication with families could be improved.

The state school board is investigating Wynne's complaint, but the father said he's disappointed with the quality of education his son has received so far.

"They made it sound like a one-on-one kind of thing, because there are only children in his class with one teacher and one assistant,” he said.