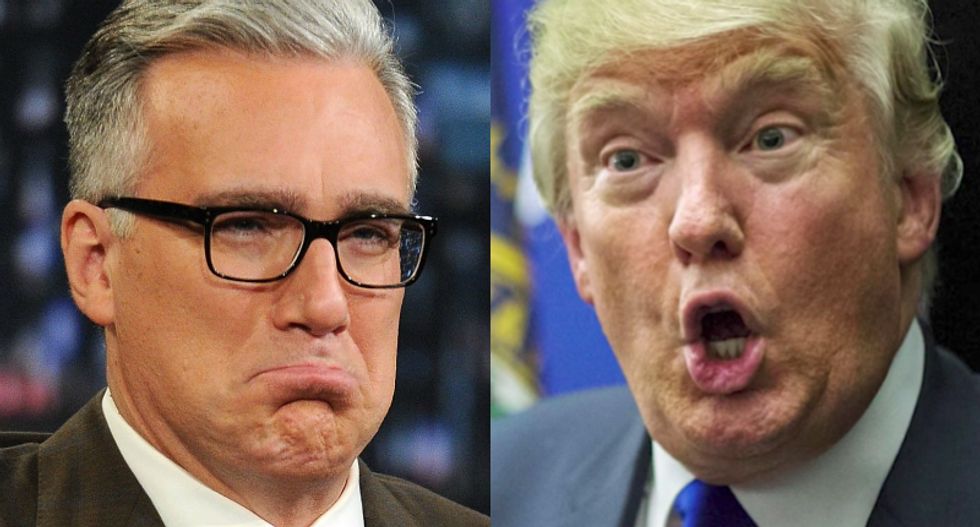 In an Axios report published early last Sunday morning, a White House adviser was quoted saying that Trump recently had an eureka moment about his popularity.

"A Trump adviser says that after a tumultuous seven months in office, it had finally dawned on the president: 'People really f@&@ing hate me,'" the report, which Olbermann quoted, reads. "For someone who has spent his life lapping up adulation, however fake, it was a harsh realization. This is a man with an especially acute need for affirmation."

"Donald Trump and I agree on something!" the host exclaimed in the most recent installment of GQ's The Resistance.

"You and I know that people really effing hate Trump. We are some of the people that do," Olbermann continued. "But this, at nearly eight months into his presidency, more than 71 years into his life, is apparently the first time it or anything like it has gotten through to the future ex-president himself."

Trump's realization -- that a wide margin of Americans want to see him impeached, that many millions despise him -- could be the cause of his newfound penchant for canoodling with Democrats like Sen. Chuck Schumer (D-NY) and Rep. Nancy Pelosi (D-CA), Olbermann argued.

"Trump has had a moment of reality worthy of a Shakespearean tragic hero, that lightning flash of self-awareness that we effing hate him," he concluded. "And thus we may be able to continue to play him like Schumer and Pelosi did, like the proverbial two-dollar banjo to minimize further damage to the very fabric of human civilization."

Watch Olbermann wax poetic about the president's stunning epiphany about his popularity below.