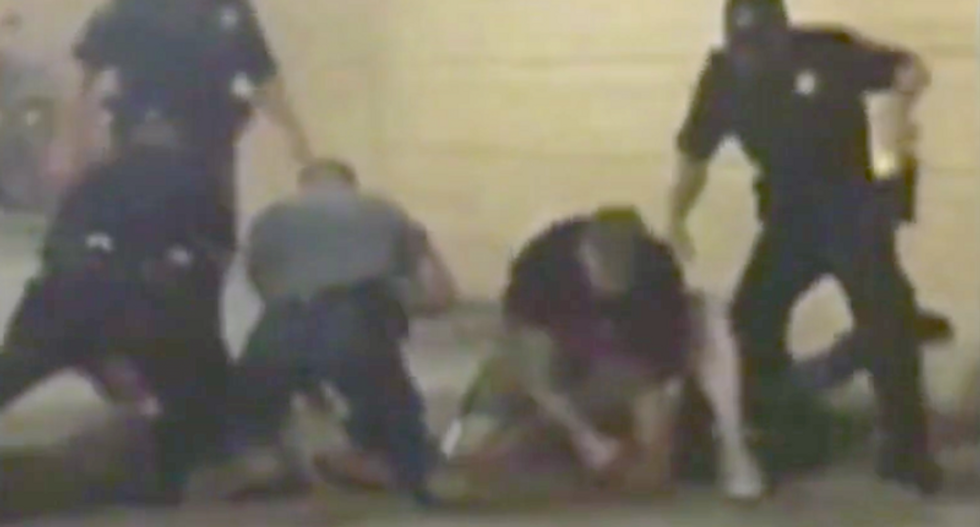 A Pittsburgh police officer was caught on camera punching and slamming a suspect to the ground.

Jones had previously fled from the officer when he tried to serve a warrant, and Jacobs said the suspect recognized him when he approached.

"Jones looked at me and stated, 'You're the officer I ran from before, aren't you?'" Jacobs wrote in his report. "Jones then attempted bull rush."

Other officers then jumped in to assist Jacobs, but police said another man, 47-year-old Daniel Alderman, then tried to interfere with the arrest.

A bystander recorded video of Jacobs repeatedly slamming Alderman onto the ground and punching him, and both suspects, who are white, were scraped and bruised following the violent arrest.

The video went viral, and Jacobs was placed on desk duty while the arrest was investigated.

"You have a lot of very vicious force going on there," said Beth Pittinger, executive director of the Citizens Police Review Board. "Smacking this guy's head off the pavement is pretty concerning."

She also she was concerned by police language during the encounter.

Police and union officials declined to comment on the personnel matter.